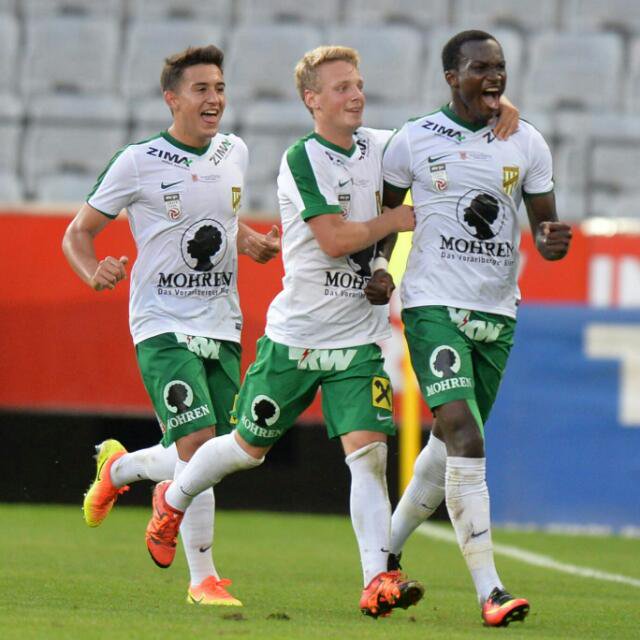 Raphael Dwamena scored for Lustenau in a friendly

Ghana international forward Raphael Dwamena returned to his scoring arts by smashing home a deadly left-footed drive for Austria Lustenau in their 3-0 in an off-season friendly on Tuesday afternoon.

The 21-year-old scored the second goal in the 45th minute to cushion the lead for the promotion-gunning Austria Liga 1 side.

The striker applied a non-drop left-footed to smash half-volley into the far post.

Before the strike, Dwamena had come close twice and was involved in the opening goal for his side.

Dwamena has scored 21 goals in all competitions for Lustenau and has emerged as a target for most stellar European clubs including Spartak Moscow and Swiss giants FC Basel and Young Boys Bern.