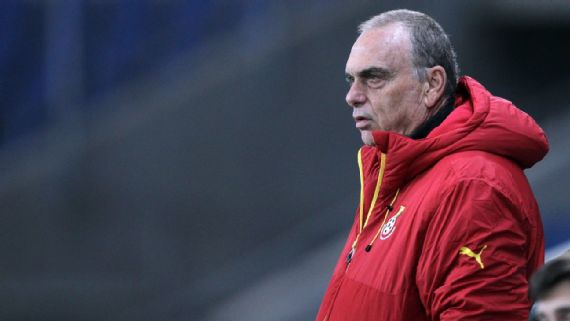 Ghana were left to rue missed chances as they were held to a 0-0 Group H draw by a Mozambique side who earned their first point of the qualifying campaign.

But Ghana also had cause to be grateful to defender John Boye, who made fine interceptions to prevent hosts Mozambique from profiting when they got forward.

In Group E, Congo and Zambia drew 1-1, with both goals coming in the second half.

Jordan Massengo put Congo in front only two minutes after half-time, but they had to settle for a point when Winston Kalengo levelled after 72 minutes.

That enabled Guinea Bissau to go top after Mendes Suares scored a late and controversial goal that meant Kenya -- with just one point -- were eliminated from the competition.

Suares struck with nine minutes to go, although Kenya goalkeeper Arnold Origi claimed he had stopped the effort from crossing the line. The award of the goal sparked crowd anger, with play briefly stopped as missiles were thrown from the stands.

In Group D, Botswana beat Comoros 2-1 thanks to a Joel Mogorosi goal three minutes from time -- a result that means they can still qualify.

Comoros had taken the lead shortly before the break when Mchangama Youssouf struck, but Galabgwe Moyana levelled within moments of the restart.

Mickael Pote and Jodel Dossou were also on target for the hosts, while Atak Lual made history for South Sudan after 84 minutes when he scored their first away goal in an official competitive game.