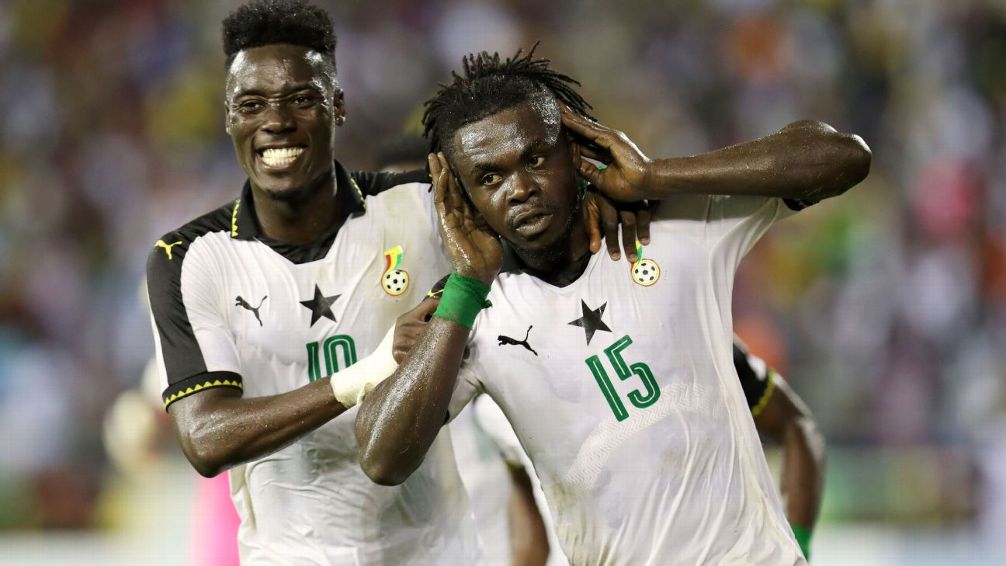 Ghana defeated Nigeria 4-1 in the 2017 WAFU Cup of Nations final on Sunday, avenging an earlier group stage defeat to the Super Eagles and winning $100 000 in prize-money.

The Super Eagles are now guaranteed $50,000 prize money after they were hammered in Sunday’s match in Cape Coast.

Patrick Razak proved to be an inspired substitution for the Black Stars, with the diminutive winger winning two penalties and providing an assist for the fourth goal.

Nigeria were on the back foot from the first whistle, and while the defence managed to withstand the pressure for large parts of the opening half, they offered very little going forward.

The injury enforced substitution of centre-half Olamilekan Adeleye coincided with the floodgates opening as Stephen Sarfo opened the scoring in the 44th minute, impressively controlling the ball before firing through a sea of bodies. It was the first goal the Super Eagles had conceded at the tournament and it took 494 minutes to breach their defence.

Nigeria came out stronger in the second half and had a lot of the possession, but lacked the cutting edge to get behind a well-drilled Ghana defence.

Razak had barely been on the field for 60 seconds when he picked up a loose ball and danced past two defenders before being clipped by Afeez Aremu just inside the area. Vincent Atingah netted the resultant spot-kick to double the advantage.

Razak soon had his second penalty -- Stephen Eze the offender - with Sarfo this time scoring from the spot to become the top scorer at the tournament.

And despite the late dismissal of Atingah for a second bookable offence, the Black Stars still grabbed a fourth; the outstanding Razak capitalising on some uncertain goalkeeping from Ezenwa to square the ball for Cobbinah to cap a truly dominant performance.

abiu Ali pulled a goal back for Nigeria with the last kick of the game, but it proved nothing more than a consolation.