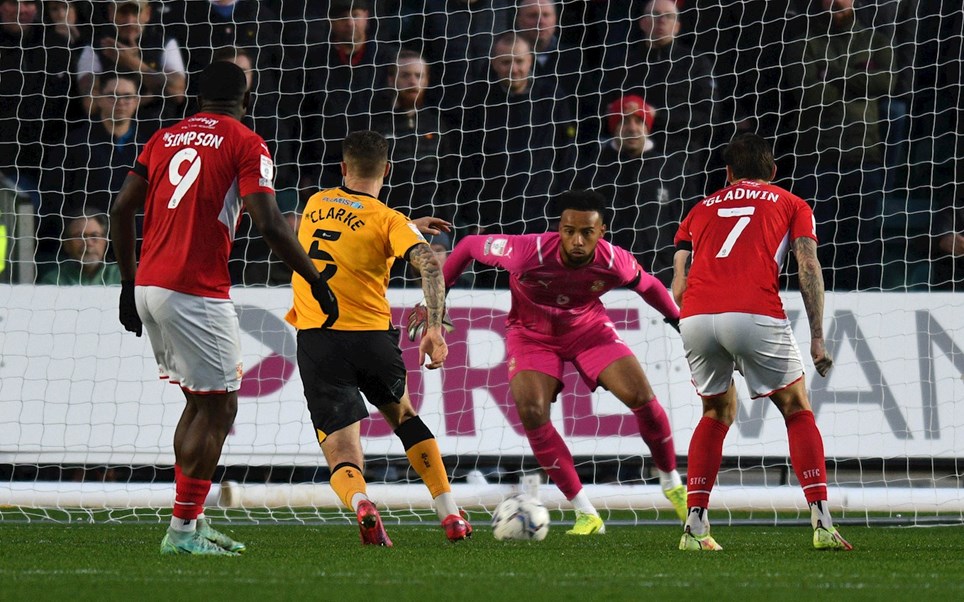 Ghana goalkeeper, Joseph Wollacot has been named in the League Two team of the week following his heroic display for Swindon Town in the victory at Newport County.

The Ghanaian shot-stopper was in top form and rescued Swindon many times in the game as the visitors left the Rodney Parade with all three points.

His outstanding display earned him high ratings and made him the best goalie in the division over the weekend.

Finn Isaac Azaz's own goal gave Swindon a 72nd lead but it lasted for only two minutes when Dom Telford leveled for the hosts.

And with two minutes remaining, Swindon snatched the winner through Jack Payne.

Wollacot helped Ghana reach the play-offs of the World Cup qualifiers, after featuring in the games against Ethiopia and South Africa.

Presenting your #SkyBetLeagueTwo Team of the Week, powered by @WhoScored ratings!#EFL pic.twitter.com/9hiUzMNZ0i