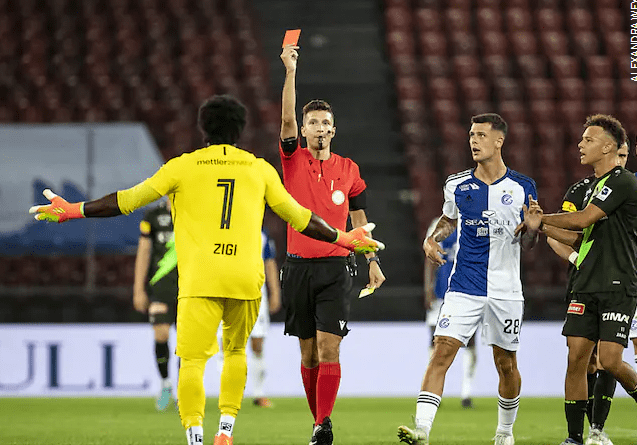 The Ghana goalkeeper kicked Zurich forward Petar Pusic in the final minutes of the game and had to be shown his marching orders.

The Swiss Football Association released their verdict after reviewing the game and the Ghanaian goalkeeper will not be involved in St Gallen's next three games.

He will miss the matches against Lucerne (August 13) and Lugano (August 28), as well as the cup match at Rorschach-Goldach (August 21).

St Gallen manager Peter Zeidler is not happy with the referee's decision and feels the red was harsh after the game.

"I just looked at it. And I have to say clearly: This is not a red card for me. Yellow would have been enough," he said.

“We always talk about tact and want referees who feel the game. Yellow would have been correct in this case!"

St Gallen lost the game 3-2 over the weekend.