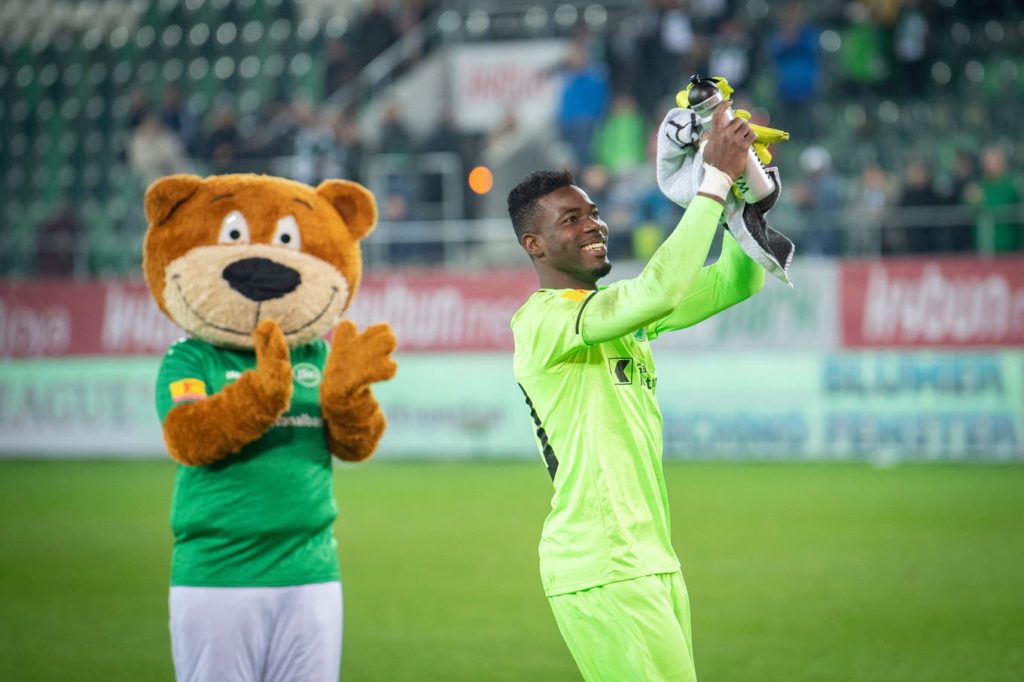 Ghana goalkeeper Lawrence Ati-Zigi earned raves of excellent reviews in the Swiss tabloids following his swashbuckling performance for Saint Gallen in their 3-1 victory over Lugano on Sunday.

The ex-Ghana U-20 goalkeeper joined the Espen from French Ligue 2 side Sochaux, after fruitful negotiations between the two clubs last week.

Ati Zigi was signed as a replacement for Dejan Stojanovic, who left the Swiss club to England to join Middlesborough.

He was immediately handed his debut in the match against Lugano in the Swiss Super League at the Kybunpark Stadium on Sunday.

Ati-Zigi took advantage of the opportunity and performed magnificently earning praises from the club's management.

He is expected to keep his place in the team when they travel to the St. Jakob-Park to engage giants FC Basel on Sunday.