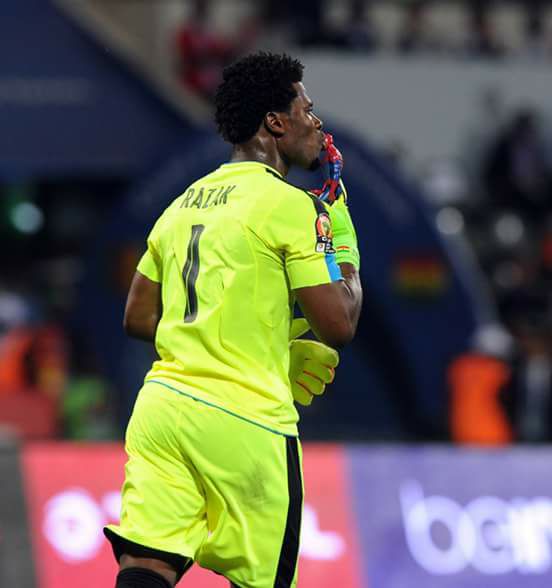 Former Black Stars first-choice goalkeeper, Razak Brimah, has disclosed that the Spiderman he places besides his post during matches, is his good luck charm.

The 35-year-old revealed that the toy was a gift from his son when he was leaving for the Africa Cup of Nations in Gabon 2017.

"My son gave me his Spiderman toy when I was leaving for the AFCON, he said it'll give me luck. So I placed it in my goalpost anytime I played in the afcon, and I've kept it since," he told Original FM.

The veteran shot-stopper is currently on the books of Spanish third-tier side Deportivo Linares, helping them reach the promotion playoffs.

However, he has not been a part of the Black Stars team since 2017 after venting his spleen on Ghanaians in a video rant on social media.

The ex-Sundowns player has apologized for his unsportsmanlike behaviour, five years after the incident.

"A fan insulted my mum in a Facebook live video, I retaliated and and said "F all negative people" I never said Ghanaians, I was misquoted and I regret doing video," he said.

"I'll use your platform to apologize to all Ghanaians for everything that happened, I am deeply sorry."