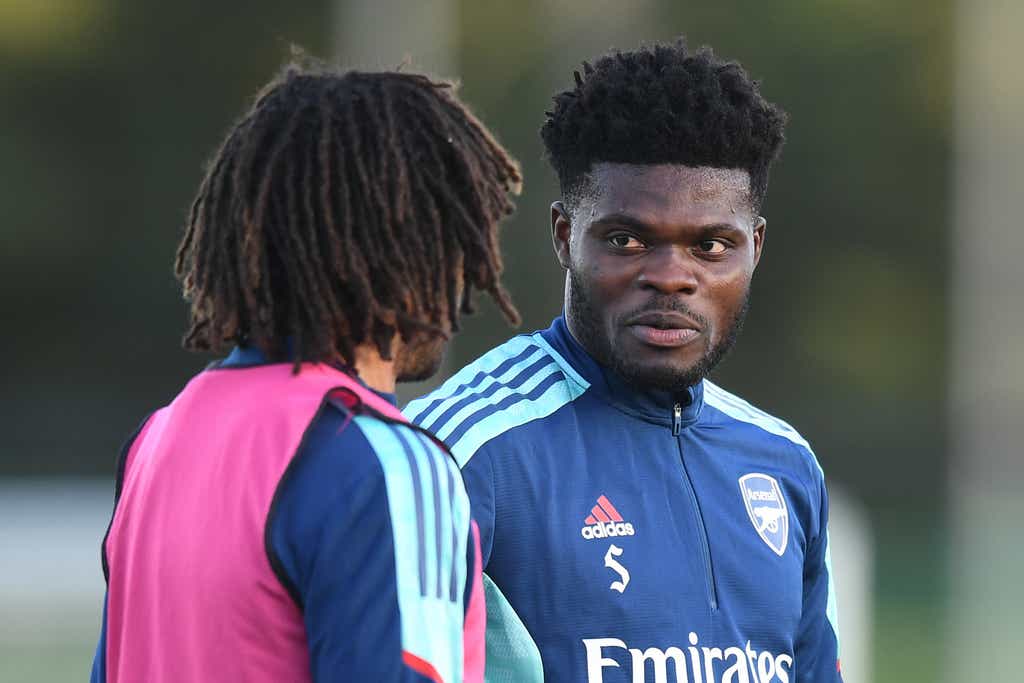 Thomas Partey is confident of recovering from an injury that has kept him out of the Arsenals squad before this month's international break.

The 29-year-old has been forced to sit out of the Gunners last three matches including the 3-1 defeat at Manchester United on Sunday due to a thigh problem.

However, the Ghana international is hopeful of recovering from the injury sooner than expected.

The Evening Standard is reporting that the midfielder will be involved in group work this week.

The 29-year-old has been called up for Ghana's friendlies against Brazil and Nicaragua later this month.

Partey's return would be a huge for Arsenal after the loss of Mohamed Elneny to a long-term injury.

He has suffered with several injuries since joining Arsenal in 2020, with his current issue similar to the one that kept him out of the final two months of last season.

“We have tried to manage him,” said Arteta. “A lot has happened since he joined, obviously, and we are trying the best possible way to find the reasons.

“Unfortunately the body and the mind are too difficult sometimes to understand and put a finger on a single thing to try to prevent something happening. The attitude of the player is there with his willingness. He is really disappointed again obviously as you can imagine and the team needs him.”