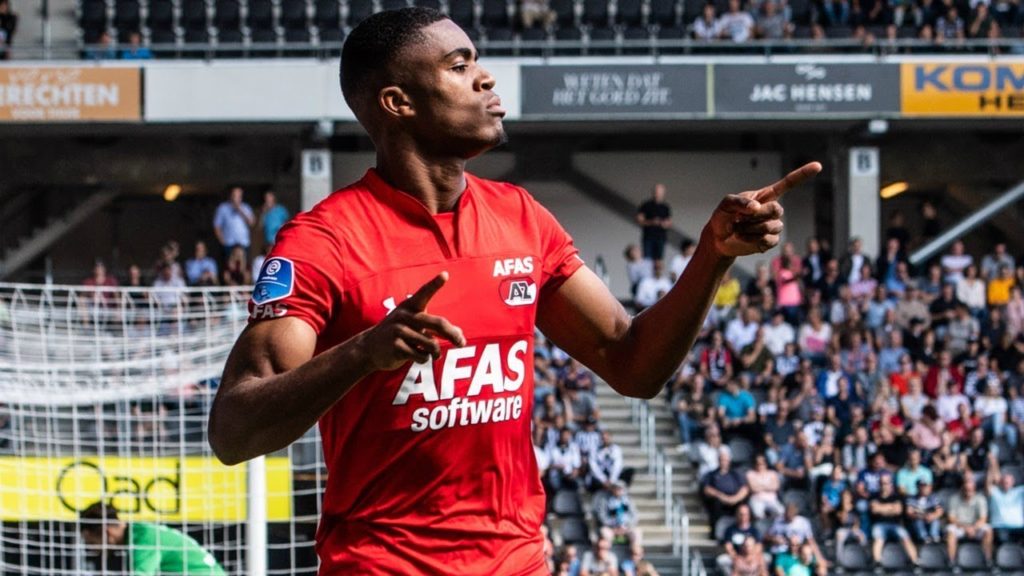 Dutch coach Ronald Koeman has snubbed Ghanaian youngster Myron Boadu in his squad for the European Championship qualifiers against Germany and Estonia next month.

Boadu, who is on the roaster of AZ Alkmaar, has again been overlooked despite his impressive displays in the  Eredivisie.

The 18-year-old is a huge prospect having scored two and assisting three in four games.

He has been labeled as one of the future stars of the Orange but his latest snub has put sparked concerns.

Boadu, who is eligible to represent Ghana at the international level, has played for the Dutch junior teams.

The striker of Ghanaian descent, has been named in the provisional squad junior squad for the qualifier against Cyprus for the 2021 European Championship in Hungary and SlovenIa.

The Dutch national team will play against Germany on September 6 in Hamburg. Three days later they will battle Estonia in Tallin.