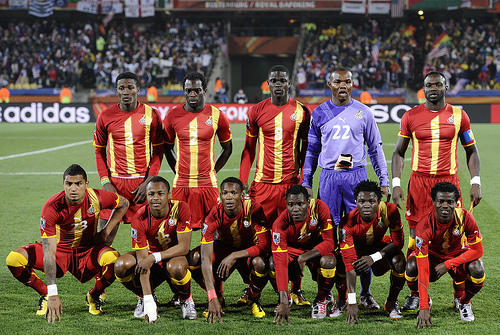 Kwesi Appiah begins his reign as Ghana coach at a time the Black Stars jumped a step up on the latest Fifa rankings released on Wednesday.

The Black Stars now occupy the 22nd position from the previous 23 chalked last month despite dropping points build up from 820 to 816.

Despite the leap, the Black Stars still remain bridesmaid on the continent behind Ivory Coast ahead of the countryâ€™s 2014 World Cup qualifying campaign in June.

Twenty-four matches were taken into account for the April edition of the FIFA/Coca-Cola World Ranking, three-quarters of which were played at the AFC Challenge Cup.