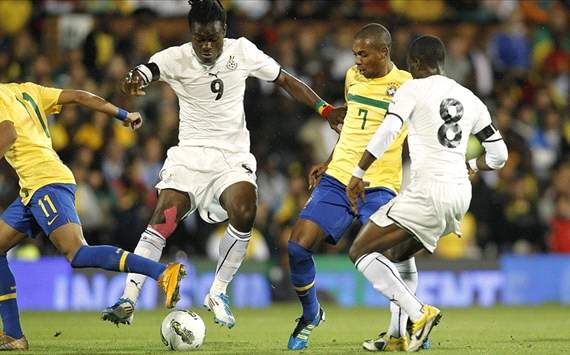 This comes in the wake of the successful match between the two sides in an international friendly earlier this month.

Brazil beat Ghana 1-0 during the highly entertaining game but the competiveness of the game has prompted the South Americans to call for a rematch.

Organizers of the match Kentaro have now approached the GFA to see if a return match could be played in the West African country.

"The organizers of the Ghana-Brazil friendly are interested in organizing a return friendly to be played in Ghana," Nyantakyi told MTNFootball.com.

"They were impressed with the quality of play of the Black Stars and they want to play us once again.

"It is early to name a particular date for the game. What is certain is that given the tight calendar for the rest of the year we can't play the match this year. It must be next year."

The match between the Black Stars and the South Americans attracted a huge audience in London with many neutrals attending the game.

With the status of the Ghana national team improving after every game Brazil are keen on taking the game to the Black Stars.

Ghana have so far played Brazil twice in friendlies with the South Americans winning both matches 1-.0.