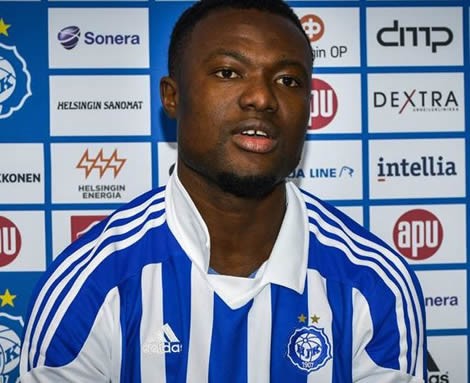 Ghana and HJK Helsinki defender Gideon Baah is close to agreeing terms with New York based Red Bull after his dream move to Barcelona crashed at the last minute.

HJK had already accepted the offer of Barcelona, ​​but the sport magazine reports in Finland stated details of the transfer was open to points which eventually overthrew the transfer.

Ghana's leading soccer portal GHANAsoccernet.com understands that HJK have agreed a fee to sell the Ghanaian to New York Red Bull in the MLS.

Baah,24, was a transfer target for European Champions Barcelona who submitted a bid to take the Ghana international to Spain but bureaucracy and terms from Finnish club HJK Helsinki frustrated Barcelona out of the deal.

The defender who played for Asante Kotoko in Ghana went to Finland in 2013 where he joined FC Honka but after a season his stellar performance caught the attention of HJK Helsinki who signed the Ghanaian on a three year deal.

Baah has since won the Finnish league title and the Finnish cup with HJK Helsinki in his two year stay with the club.