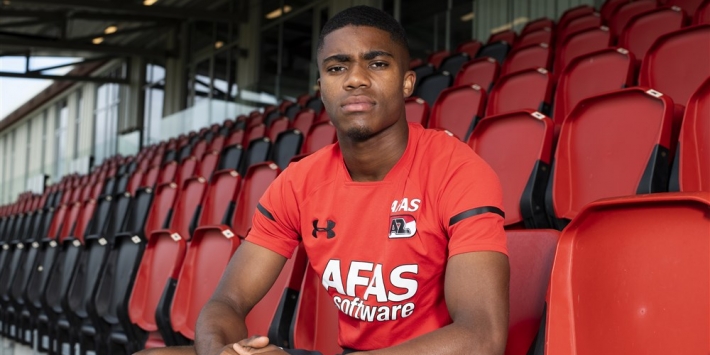 Dutch born Ghanaian forward Myron Boadu has revealed he could play for Ghana after missing out on the latest Netherlands national team call up.

The inform 18-year old forward missed out on manager Ronald Koeman's latest squad for the Euro qualifiers against Germany and Estonia next month.

However, he was handed his first ever call up to the Netherlands U-21 side that will face Cyprus in the Euro U-21 qualifiers on September 10.

"I don't have to think about that yet, but Ghana is also an option", Boadu told NOS. "I'm not working on it yet. As a little boy you want to play there (in the national team, ed.), But it's not yet an issue."

Having scored three times already this season, two in the Europa League and one in the Dutch Eredivisie, the gifted forward says there is more to come from him.