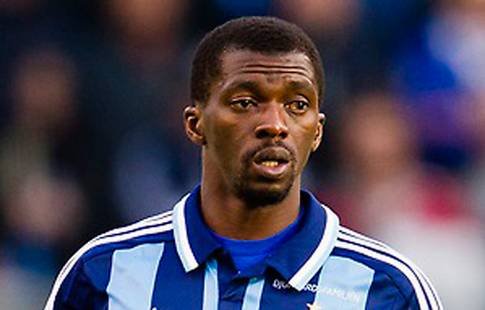 Players in the Ghana Premier League have set conditions under which they would want football to resume and that include mass testing of footballers and supporters at match venues.

The Ghana Football Association and representatives of the 18 clubs held a conference last week to deliberate on a how the industry will react to the coronavirus pandemic.

The video meeting, reports say hit a deadlock as no concrete decision was taken on the continuation or cancellation of the 2019/2020 which season has been on suspension since March 15.

The Professional Football Association, Ghana (PFAG), the organization concerned with the welfare of footballers says it has held meetings with the skippers of the various teams on the issue.

Head of Public Relations for the PFAG, Yussif Chibsah says the players want football to be played but only when it is absolutely safe for all stakeholders including fans.

He said that the general impression from their conversation with the players is that they are unwilling to play in empty stadiums and will return to the pitch when the government declares it safe for people to converge.

On the cancellation or continuation, Chibsah says the decision lies within the purview of the FA but for the players, all that matters is their safety and that of the fans.

He added that the players believe that if the season is to be continued, safety measures such as testing of players and government backing must be given before they step foot on the pitch.

“We’ve had discussions with the captains of the teams on this issue and the players really miss their football. The players believe that fans are an integral part of the game so if they are going to play, then the fans must be present. So if it is safe for them to play then it should be safe for the fans too. They also want to be tested. They also think that the government be the one to declare it safe for football to resume”.

Chibsah said that the PFAG hopes to meet GFA in the coming days and present the players’ concerns to them.

He also mentioned his outfit is in constant talks with the players through their skippers and has offered them counsel on staying fit and healthy during the period.

Meanwhile, some club administrators have called on the FA to scrap the season and start afresh when the things return to normal.

According to the CEO of Techiman City, annulling the season will afford the league management the opportunity to synchronize the league with the European editions.

“This is not about our position on the league table now. Life is more important at this stage than football. We should consider the health situation than football. This is the time we should go to congress and correct some of our statutes, monitor situations going on in other Federations. Now we are in April and we don’t know when the Covid-19 will disappear”, he told Happy FM.

The owner of King Faisal, Alhaji Grunsah has been a consistent voice in the call for the cancellation of the season in the history of Ghana football.

"We should all pray that people in our country don't get infected with the deadly virus (Coronavirus) after two people were confirmed testing positive. The Ghana FA should be considering suspending the Ghana Premier League and other competitions for weeks or months”.

"I know people will say it's because my team [King Faisal] is in the drop zone that's why I am making those suggestions. But we should be thinking of the lives of human first before football. We should follow the steps of other Football Association to suspend our football activities for weeks or months.