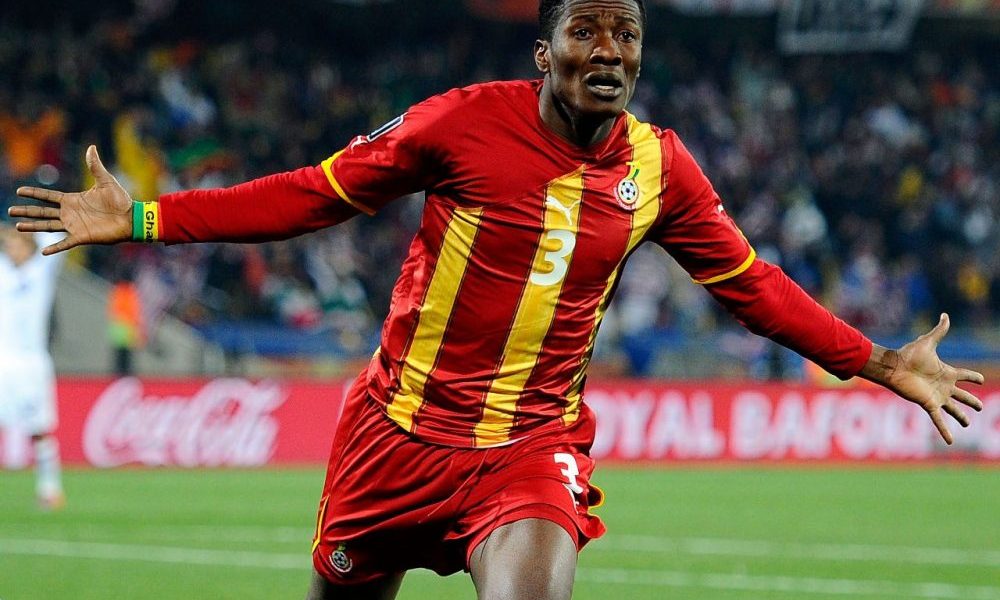 Asamoah Gyan want to join politics when he retires

Ghana legend Asamoah Gyan will consider a career in politics when he retires from the game revealing he has already discussed it with his team of advisers.

The India-based attacker believes he will excel in that sector when he decides to throw his hat into the heavily divisive ring but will take the final decision when he retires.

The iconic Black Stars player has revealed that several people in Ghana have asked him to join a political party and use his image and influence to full effect.

Gyan, who is the country's all-time top scorer with 51 goals in 109 appearances for the Black Stars, says he will not rule out joining the political elite in the country.

“A lot of people close to me and many in my country have asked why I don’t get into politics. Because of the influence I have in Africa, they know I can do well in politics," Gyan told Hindustantimes.

"For now, my mind is not there (because) I am not out of the game yet. But anything can happen in life.”

The striker has scored three goal in six appearances in the Indian top-flight so far this season after joining the club three months ago as a free agent.

He was part of the 2019 Africa Cup of Nations squad in Egypt but he played a bit part role for the Black Stars as they bombed out of the tournament just after the group phase.

Since the tournament in Egypt, Gyan has not been called to the Black Stars squad for their matches against South Africa and Sao Tome & Principe despite recovering from his injury worries.

The 34-year-old was stripped of the Black Stars ahead of the 2019 Africa Cup of Nations but the NorthEast United player says he is still keen on playing for Ghana.

Gyan is a big legend for Ghana but he is at the ebb of his career after making seven AFCON appearances, playing in three World Cup tournaments as well as the 2004 Olympic Games.

His is the country's all-time top scorer with 51 goals in 109 appearances for the Black Stars.