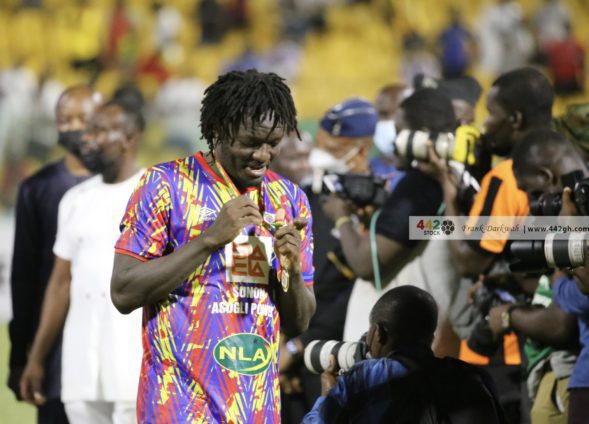 Sulley Muntari has confirmed he had talks with Asante Kotoko after his contract with fierce rivals Hearts of Oak expired.

The former Inter Milan player, who won the President Cup and FA Cup with the Phobians, had wanted to help the Porcupine Warriors in their African adventure.

However, a move to Kumasi failed over what he describes as failure to build a strong team.

"I spoke to the Board of Kotoko after my contract with Hearts of Oak ended. I wanted to help them in Africa so I was talking with them to build a strong team. I did not want to go disgrace myself outside," he told Dan Kwaku Yeboah TV.

"When you are going to Africa, the CAF Champions League and any continental tournament, you prepare for that. The players you qualified for the competition with, you also add some quality for the tournament," he added.

"I was talking with Hearts of Oak about that but of course Hearts had a different idea so I moved aside. I did not want to go disgrace myself and ruin my reputation.

"I also  spoke to Kotoko about the same thing and it is not because Hearts did not do what I want. I would have done same with a second division. Even with clubs in Europe, they build good teams and players before selling.

"The mentality here is different."