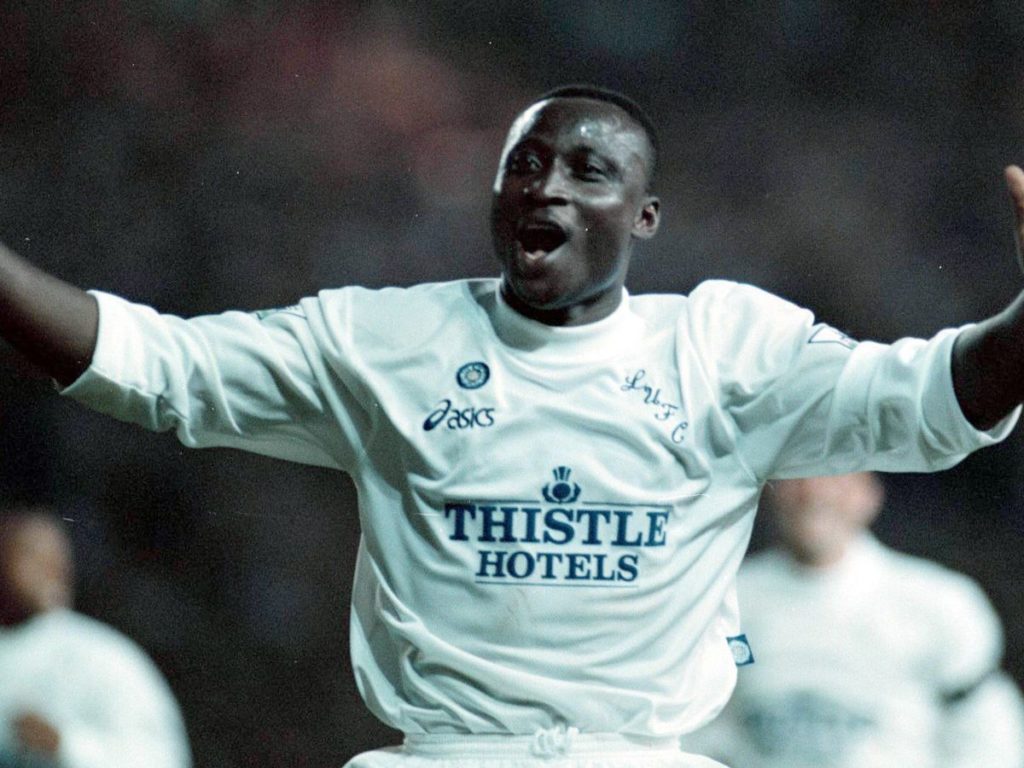 Former Ghana international Tony Yeboah has celebrated the return of Leeds United to the English Premier League after a sixteen year absence.

Yeboah, who played for the club between 1995 to 1997 was excited after hearing of his former club's promotion.

"It's a big news for everyone who supports Leeds United. I can't hide my happiness after reading on the club's promotion to the English Premier League," Yeboah told Don Summer on Kumasi-based Angel FM

"The journey hasn't been easy for the club in the last sixteen years....We are grateful to God for gaining a slot in the Premier League next season"

"Leeds United is a big club in England with amazing fans that make players feel special at the Elland Road." he added.

"They [fans] are crazy for the club and I can't forget the memories."

Yeboah also urged the club to augment the squad for their next season's English Premier League campaign.

"There should be additions to the current squad to maintain their status in the Premier League. I watched most of their matches in the Championship"

"I know the Leeds United board of directors will add some quality to the team."