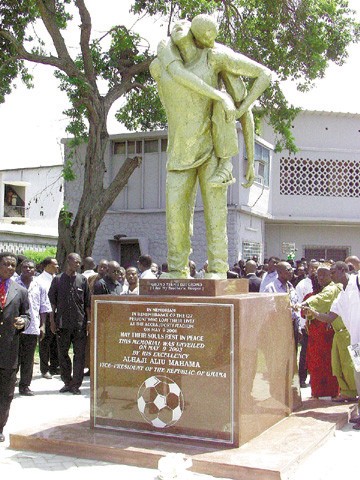 Ghana will be commemorating the 17th anniversary of the May 9 Accra Sports stadium disaster today.

Over 126 soccer fans lost their lives in a stampede which occurred when Hearts of Oak clashed with Asante Kotoko in 2001.

It has been described as Africa's worst soccer disaster.

Kotoko fans threw plastic seats and bottles onto the pitch after Hearts struck late to beat them 2-1 in a Ghana Premier League game.

Police fired into the crowd which caused panic and resulted in a stampede which saw over 126 passionate soccer fans perish.