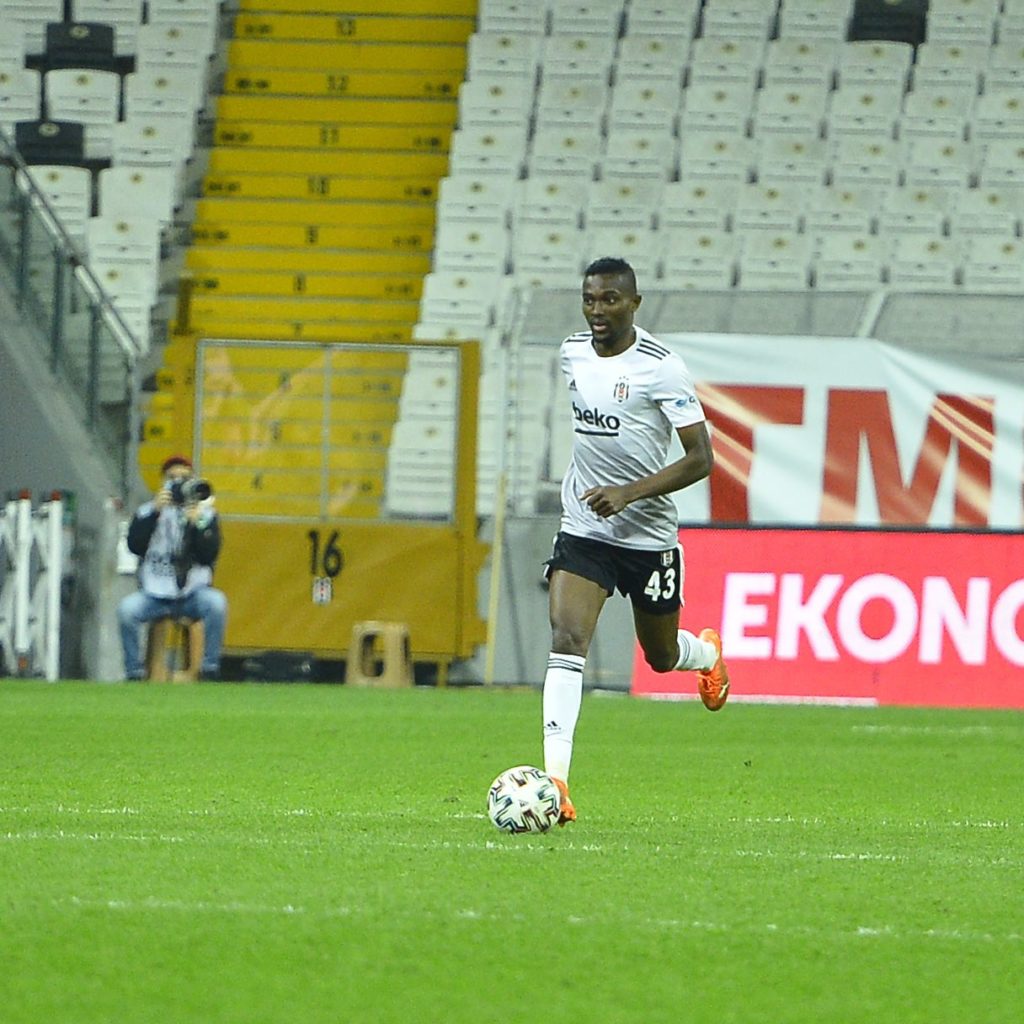 The 26-year-old replaced Oguzhan Ozyakup in the 68th minute as the Turkish giants thumped Rizespor 6-0 at the Vodafone Park.

Cyle Larin who scored four times opened the scoring after just 17 minutes before adding a second after 31 minutes to head into the break 2-0 up.

Oguzhan Ozyakup who would later be replaced by Mensah, made it 3-0 ten minutes after the break.

Larin completed his hat-trick on 80 minutes before adding his four three minutes later.

Ajdin Hasic completed the mauling with the final kick of the game.