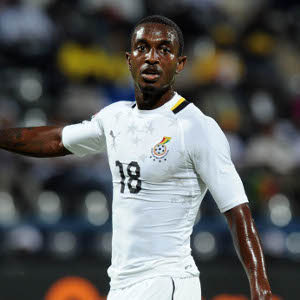 Ghana midfielder Charles Takyi will leave German Bundesliga II side St Pauli when his contract expires at the end of the month.

Takyi has refused a contract extension and wants to face a fresh challenge elsewhere.

The 27-year-old played for the club in the German top flight two seasons ago but got relegated.

Takyi struggled with injuries and played few games for St Pauli in the second-tier league.

He was a member of the Ghana which finished fourth at the 2012 Africa Cup of Nations.

Takyi has also played for Hamburg and SpVgg Greuther FÃ¼rth.