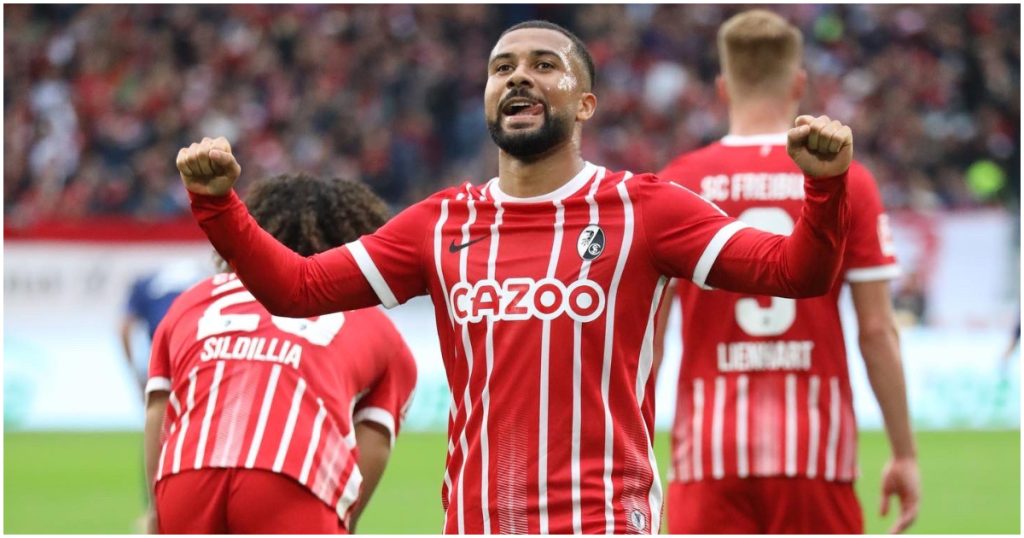 Black Stars midfielder Daniel-Kofi Kyereh has reacted to his first-ever Bundesliga goal after netting in Freiburg's victory over Mainz 05.

Daniel Kofi-Kyereh scored before half time to give Freiburg's a two-goal lead but Mainz halved the deficit in the second half.

After the game, the Ghana international took to social media to celebrate the historic moment.

The midfielder who just returned from international duty with the Black Stars of Ghana, was handed a start by manager Christian Streich.

The 26-year-old scored eight minutes to half time to add to Michael Gregoritsch early opener at the Europa-Park Stadion.

Aaron Martin pulled one back for the visitors seven minutes after the break.

Daniel-kofi Kyereh featured for Ghana in the friendlies against Brazil and Nicaragua in the international break. He was Ghana's best player against Nicaragua.

The German-based midfielder is hoping to make Ghana's squad for the 2022 FIFA World Cup in Qatar in November.