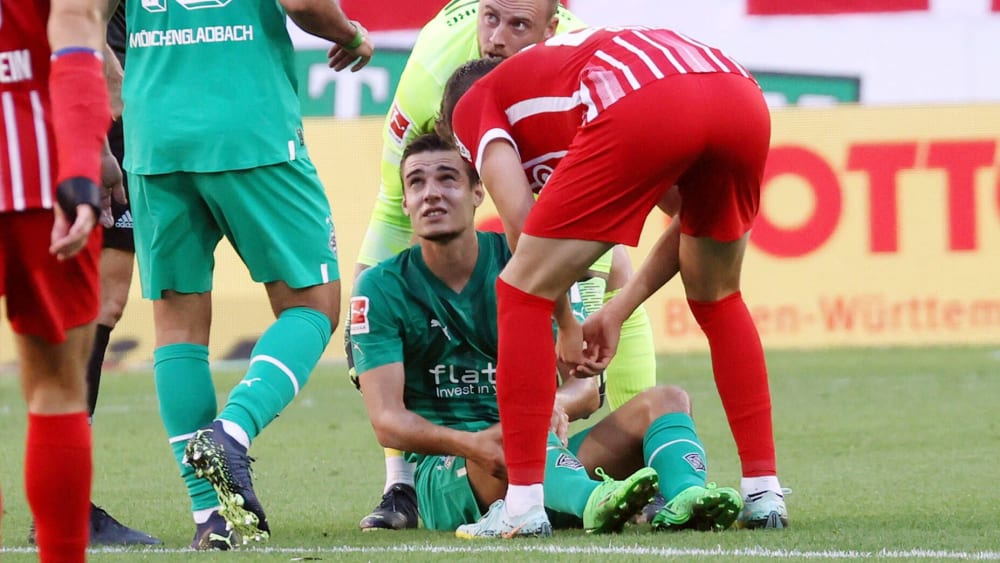 Kyereh unintentionally injured the midfielder forcing Neuhaus out after just 31 minutes. The Ghana international was making his first start of the season.

Florian Neuhaus had wanted to continue the game but due to the pain he was pulled off and rushed for treatment. He later returned in clutches.

It was later revealed that the midfielder had suffered a cruciate ligament injury and will be out for several months, ruling him out of the World Cup.

"It looks like Florian Neuhaus may have suffered a cruciate ligament injury. Hopefully he'll be lucky and the official diagnosis is something less serious," wrote Borussia Monchengladbach on Twitter.

Florian Neuhaus suffered a partial rupture of the posterior cruciate ligament injury during the Freiburg and Monchengladbach game. Surgery is not required but the pair will be out for the foreseeable. Get well soon," added the club in a new tweet.

The setback brings memories of when Kevin-Prince Boateng injured Michael Ballack before the 2010 World Cup.