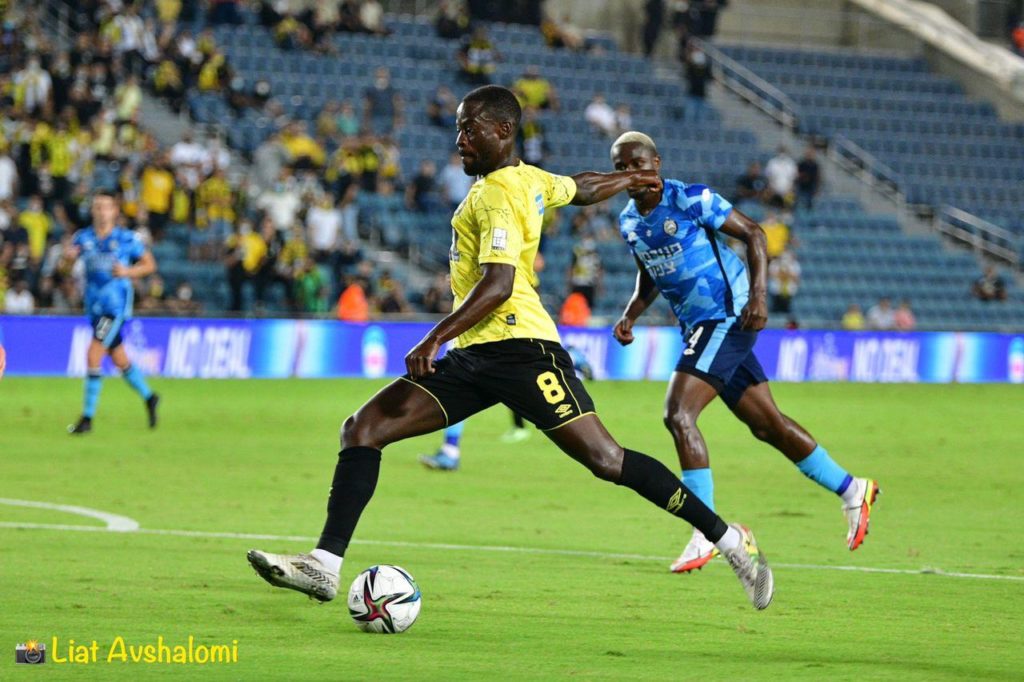 Ghana midfielder Edwin Gyasi helped his side Beitar Jerusalem to secure a point in their 1-1 draw against Maccabi Netanya in the Israeli top-flight league on Sunday.

On the back of his impressive current form, he was called into action today when Beitar Jerusalem hosted Maccabi Netanya at the Teddy Stadium today to battle for the three points at stake.

In what was a matchday three encounter of the 2021/2022 Israeli top-flight league, Edwin Gyasi put up another top performance that helped his team to secure a crucial point at the end of the contest.

On the matchday, his compatriot Richmond Boakye Yiadom squandered a penalty kick in the first half but redeemed himself in the second half when he equalized to cancel out a strike from Omri Gendelman that had handed Maccabi Netanya the lead before the break.

Speaking after the game, Edwin Gyasi who was a bit disappointed with the result said it is good the team managed to pick the point.

“We didn’t start well in the first half. We got a penalty but unfortunately, we missed it. Maybe if we scored the game would have been a little bit different but we didn’t give up and we fought in the second half and luckily through one of my runs we scored,” Edwin Gyasi said in a post-match interview.

The exciting forward added, “Personally it’s great for me and for the team also it’s very good because it gave us one point. We are looking forward to the next game and of course, we will always try to win.”

This season, Edwin Gyasi has featured in all three league matches of Beitar Jerusalem.

He has had a bright start to the campaign and hopes to continue in subsequent matches.