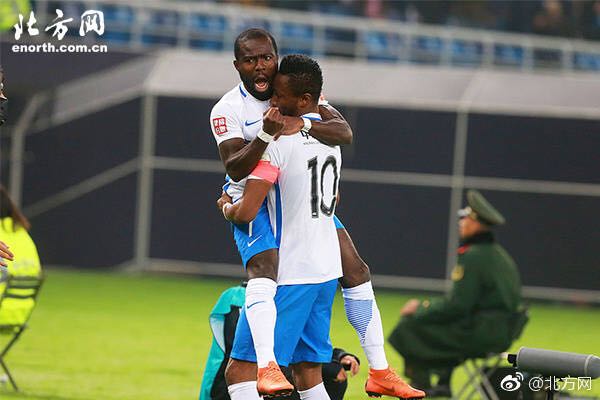 The former RSC Anderlecht wideman scored 17 goals in 26 games in the just ended Chinese Super League season to keep his side from getting relegated.

Following his magnificent season in China, the forward says he is happy with his performance.

"We the effort we put in and by Gods grace everything went as we expected and i am happy for a remarkable season," the 25-year-old flying winger said upon arrival at the Kotoko International Airport on Tuesday.

"We were going down but thank God we survived and i must say that it was an amazing season."

"A very memorable season for us and me as well and i just have to thank the fans for their support."

He joined the Chinese side from Belgian giants RSC Anderlecht last season and quickly became an integral member for the side as they finished 14th on the standings.