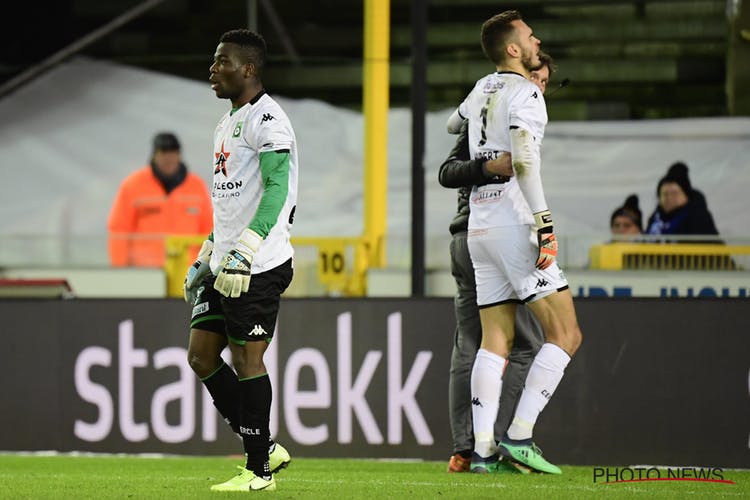 Ghana midfielder Godfred Donsah has revealed that working on his goalkeeping talents while playing for Italian side Bologna helped him to excel when he was forced to play in that unusual position for his Belgian club Cercle Brugge on Saturday.

Donsah was forced to become a goalkeeper for the Belgian top-flight side when an extremely unfortunate incident struck the side in their league match against Racing Genk on Saturday night.

It is not often that an outfield player is in goal, but during Cercle Brugge - KRC Genk game  German coach Bernd Storck had no other choice which forced Donsah to show his hidden talents.

The German had already used all his substitutes and then saw goalkeeper Guillaume Hubert struggling with injury. Hubert was subsequently taken to the hospital with a bloody face.

Despite being an outfield player with no official goalkeeping experience, Donsah has received widespread praise for excelling in his accidental role and not conceding a goal in the match.

The Ghanaian says he had no experience in the post but for the little training he had while playing for Bologna from where he joined the Belgian side at the start of the season.

"I was never a goalkeeper, only occasionally after training at Bologna. But if necessary, I take my responsibility. The trainer called three players and I said I would do it," Donsah said.

""You have to be ready for every task you get," the midfielder explained.

Cercle Brugge had an extremely unfortunate evening against Racing Genk and coach Bernd Storck had to replace two injured players after just twenty minutes of play.

And when goalkeeper Hubert fell suffered an injury in the second half, Donsah bravely stepped forward to put on the gloves after some of his team-mates declined interest in keeping the post.

Donsah started the match as a midfielder, but after Omolo's injury, he was placed at the heart of the defence as centre-back. And after the injury of Hubert he became a goalkeeper.

Three positions on a match!

Donsah became the goalkeeper when his side was losing 1-2 and that was also the final score. During his goalkeeping duties he had to shoot into action by firmly grabbed a tricky cross.