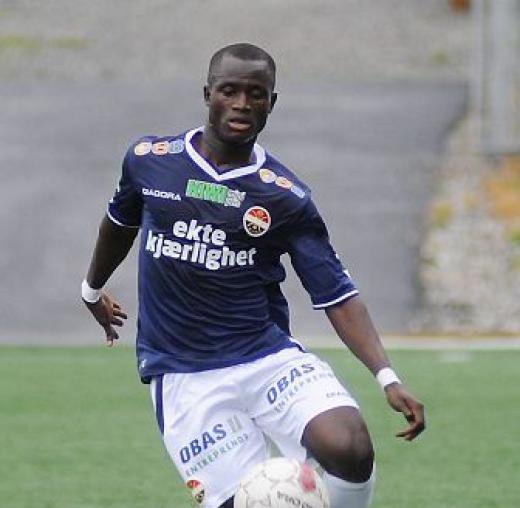 The 20-year-old who spent last season on loan at Norwegian side Stromsgodset will join the Bundesliga II outfit after the Africa Cup of Nations finals if he makes Ghana's final cut.

Frankfurt won the fight for signature after Serie A sides Catania, Lecce and Dutch side FC Groningen all tended in offers.

"After our game against Atletico Madrid several clubs came in with offers but Manchester City carefully looked at the offers and selected Frankfurt," Abu exclusively told MTNFootball.com

"It gives me a new challenge and I believe Germany is bigger," he added.

Eintracht Frankfurt are currently third on the Bundesliga II league table after playing one game less.

Abu was Stromsgodset's Player of the season after the Norwegian top flight ended last month.

He will return to English side Manchester City, who own his transfer rights, to train with the leaders.