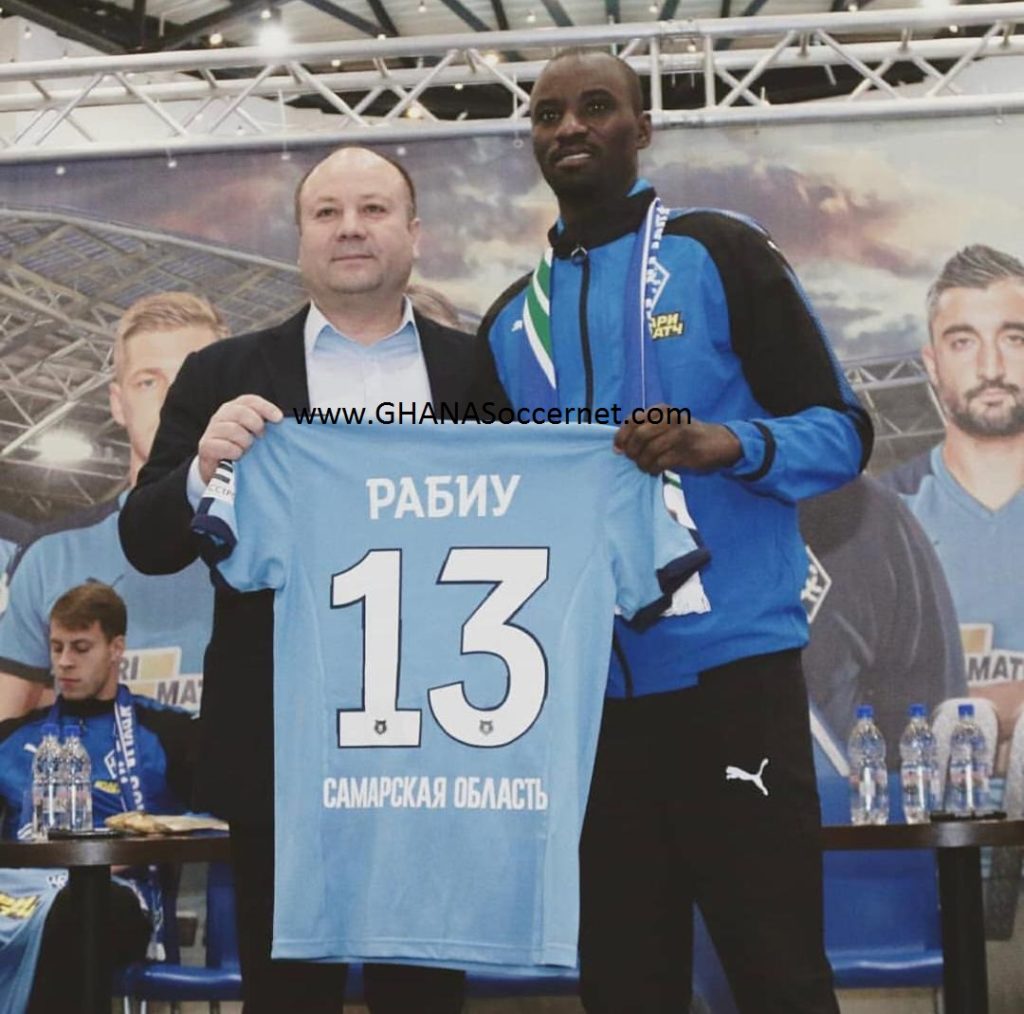 Ghana midfielder Rabiu Mohammed ended on the wrong of the game as his debut for FK Krylya Sovetov Samara ended in 1-0 defeat against Krasnodar in the Russian Premier League.

The lanky enforcer joined the Samara-based side on a short deal during the January transfer window after terminating his contract with Anzhi Makhachkala.

The Ghanaian was signed as a replacement for the injured Srjan Miyaylovich.

The 29-year-old had to wait until Saturday, April 6, to mark his debut for the side.

However, the game did not go as planned as Viktor Claesson's 92nd minute strike proved to be the difference between the two sides.

Rabiu was replaced with Paul Anton in the 58th minute of the game.