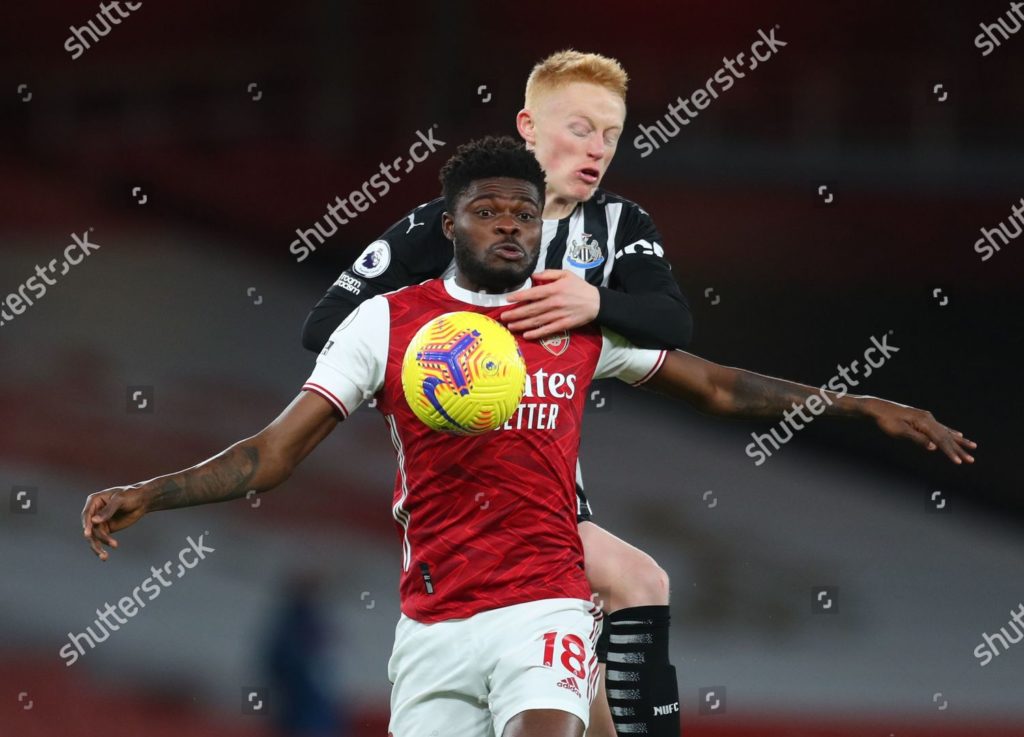 Thomas Partey provided his first Arsenal assist in the Premier League during their 3-0 victory against Newcastle United on Monday.

The Ghana international, who joined Arsenal from Spanish giants Atletico Madrid during the summer transfer window, after the Gunners triggered the £45million release clause in his contract, stepped off the bench for the final 21 minutes against Palace, handing a huge boost to Arteta ahead of a busy period of the season.

Having made his return to action via the bench against Palace, the midfield enforcer was named in the starting line-up for the Newcastle United encounter.

Following a cagey first half, Arsenal opened the scoring through talisman Pierre-Emerick Aubameyang in the 50th minute.

The Gabon star was released with a vintage long pass by Partey before slotting his shot past Magpies goalkeeper Karl Darlow.

After his goal contribution, manager Arteta replaced the versatile midfielder with Mohammed Elneny on the 60th minute mark.

Arsenal went on to bag the maximum points through goals from Bukayo Saka and Aubameyang’s second strike.

The win takes Arsenal to 10th on the standings with 27 points from 19 games.