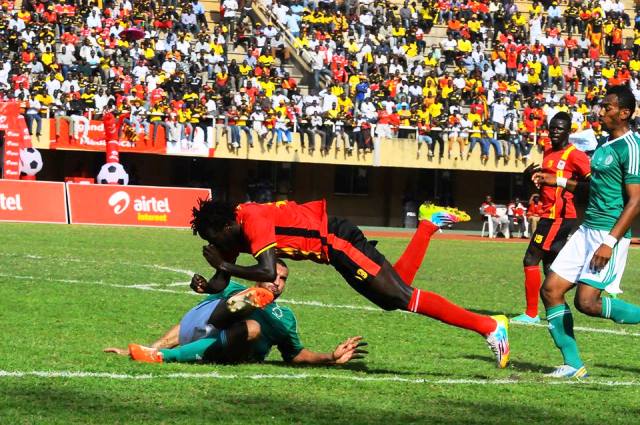 Ghana's opponents in Saturday's 2018 World Cup qualifier, Uganda, have lined up a friendly against the Madagascar on Wednesday to prepare for the Black Stars clash.

The Cranes have arranged the friendly for October 4 ahead of a crucial tie against the Black Stars three days later (October 7).

Uganda, who are currently second in Group E of the Africa qualifiers, have confirmed they have lined up the game to prepare for the tough task against Ghana.

According to Head Coach Moses Basena the tie against the island nation of Madagascar will serve as ideal preparation for when they host the Stars at the Mandela National Stadium, Kampala on October 7.

"The match will help Uganda Cranes coach test the technical ability and mental strength of his players ahead of a crucial fixture against Ghana on Saturday. We believe Madagascar have the quality to give our team good preparations," said FUFA Communications Manager Ahmed Hussein.

In relation to the match, the Uganda FA has confirmed that it will be played behind closed doors but only fans who have purchased the discounted tickets will be able to access the stadium on Wednesday to watch the practice match between Uganda Cranes and Madagascar at Lugogo.

Meanwhile, Group E leaders Egypt will play host to whipping-boys Congo on October 8 at the Borg El Arab Stadium, Alexandria in the other tie.

Only the winner of the Group will proceed to the finals of the 2018 FIFA World Cup in Russia.