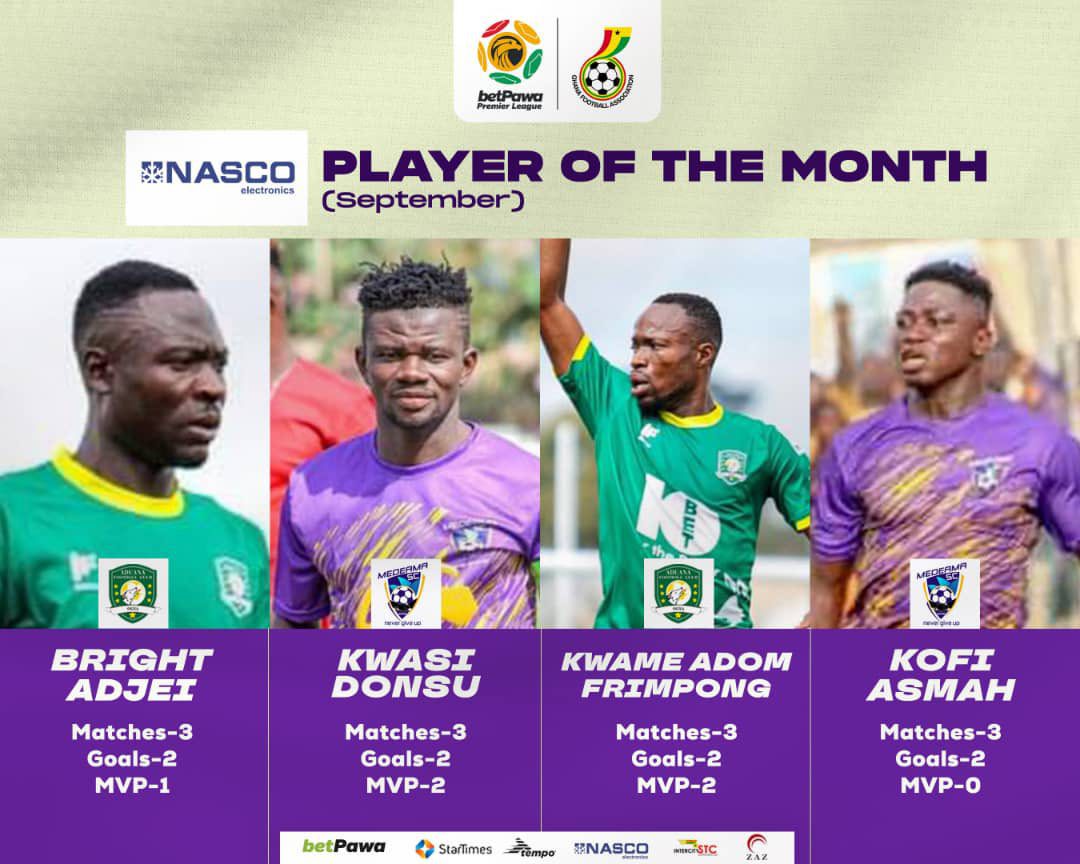 Aduana Stars and Medeama SC dominated the list of players nominated for the NASCO Player of the Month of September.

The Ghana Football Association announced nominees for the Nasco Player of the Month for September in the Ghana Premier League in a post.

Four players have been selected to compete for the monthly award from the sponsors.

Aduana Stars captain Bright Adjei makes the list with two goals in three matches within the said month and won one MVP.

The winner will receive a NASCO television set  and a personalized trophy.