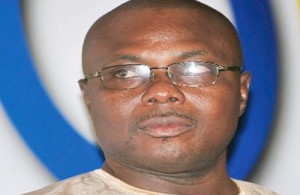 Ghana Premier League clubs are lacing boots to reject a proposal to increase the top-flight teams from 16 to 18, GHANAsoccernet.com can reveal.

GHANAsoccernet.com revealed on Tuesday that there are plans to table the motion before Congress for its subsequent rectification and approval which will see the number of participating teams increased to 18.

The Ghana FA has contacted the Premier League clubs to explain the idea-with an aim of bringing the changes into effect for the 2016/17 season.

But GHANAsoccernet.com can reveal clubs have expressed opposition to the proposal to increase the number amid the obvious financial implication on the teams.

"We are going to resist any team to increase the number of teams from 16 to 18. It does not make sense and we'll fight it," Berekum Chelsea director Nana Oduro Sarfo fumed on Accra-based Peace FM

"Whoever is pushing this agenda should stop. It will not wash. Due process must be followed.

"As a people, we must be bold and deal with the matter to its logical conclusion. There will no no short cut to this matter."

The Ghana FA want to reach a compromise with King Faisal for out an court of settlement after the Kumasi-based side dragged the FA to the Accra High court in 2014.

The thinking behind the proposal is to re-instate Tema Youth who won their case against the Ghana FA at the Court of Arbitration for Sports (CAS) regarding their legal battle against Dreams FC.

The Ghana FA will seek a ratification of the decision at next month's congress, with a final decision to be confirmed before the start of the new season.

Clubs are bound to have reservations about having to play more games which would affect their finances.

The proposal will see relegated teams New Edubiase, Hasaacas alongside King Faisal battle the second-placed teams in the second-tier league last season to determine the winner to join Tema Youth in the elite division.