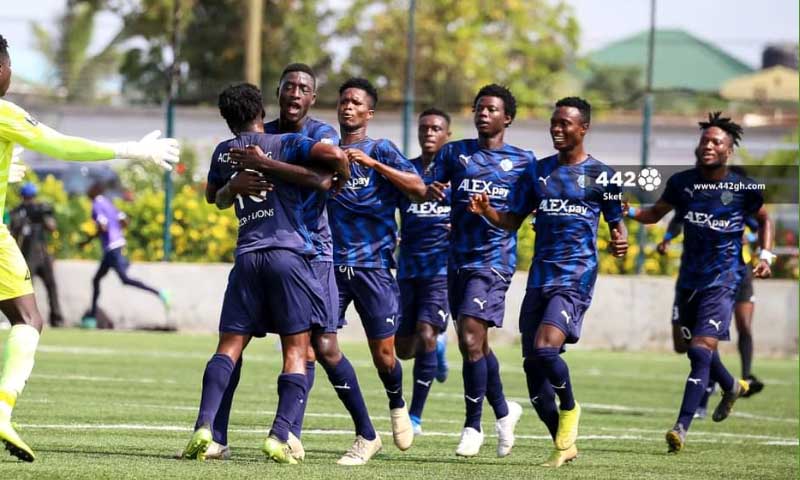 A 1-0 victory over Bechem United at Nana Gyeabour Park was a fifth consecutive win in the Ghana Premier League for Accra Lions FC, a club record in the top-flight for the new leaders.

The Abokobi-based needed a first half goal from in-form Frederick Asante ended the 23 unbeaten home run of the Hunters.

Accra Lions’ run began on 17 September when they posted a 2-1 win over Karela United at Accra Sports Stadium, the club’s first of the season after a season-opening defeat at Kotoku Royals.

In that month, they recorded another home win against newly-promoted Tamale City.

After the break due to a court injunction, Accra Lions followed up with a 1-0 win at Dreams in October.

Accra Lions, playing in their second year as a top-flight side, have 15 points from the available 18; three more than closet challengers Asante Kotoko and Aduana Stars.

Their next task is a home game against giants Hearts of Oak.