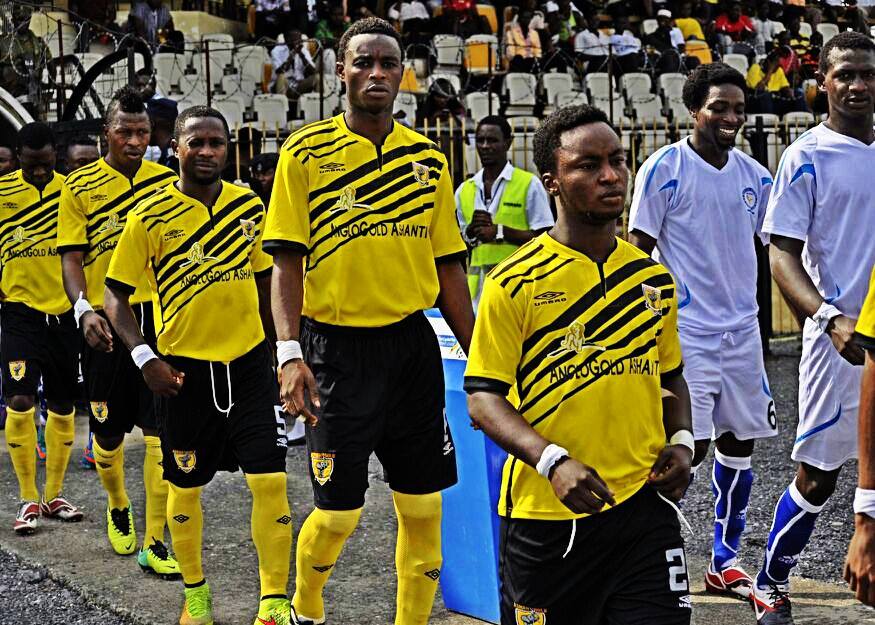 Ashanti Gold SC recorded a convincing 2-0 win over Techiman City FC at the Len Clay Stadium in the Ghana Premier League on Wednesday.

Striker Shafiu Mumuni scored both goals to lift the Elephants to a gross victory a stubborn City side.

The Miners move out of the drop zone after claiming all there points at stake.

Ashanti Gold SC dominated the game from the blast of the whistle to the final whistle. They came very close to scoring the their first of day when Joseph Ato Bissah's shot struck the woodwork in the 19th minute.

Emmanuel Osei Baffour nearly put Ashanti Gold SC ahead six minutes later but his effort from edge of the box hit the framework once again.

It was goalkeeper Richmond Ayi who rescued Techiman City FC from going down after making a spectacular save of Emmanuel Osei Baffour's free-kick in the 36th minute.

Richmond Ayi made another sumptuous save to stop Emmanuel Nti Mensah's right footed shot from long distance from entering his net two minutes from recess.

Ashanti Gold SC made rapid incursions in second half when Shafiu Mumuni headed home Emmanuel Nti Mensah' s cross from right to put them in the lead.

Shafiu Mumuni got himself a brace when he sealed Ashanti Gold SC's victory in the 90th minute.

Newly signed Ciba Hudu made his debut for Ashanti Gold SC when he replaced Desmond Agbekpornu in the second half.

By Nuhu Adams at the Len Clay Stadium.