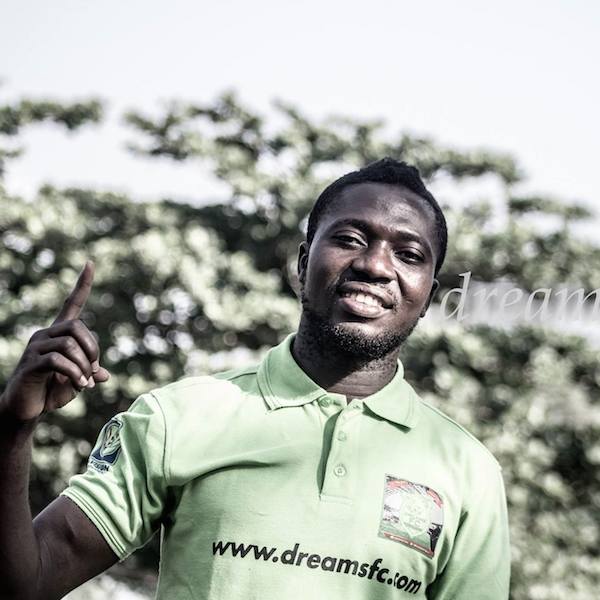 Goalkeeper Philemon McCarthy made history by scoring for Dreams FC as the Dawu-based side coasted to a 2-0 win over New Edubiase United in the Ghana Premier League on Wednesday.

The former Hearts of Oak goalie grabbed the opening goal for Dreams with a sensational finish in 55 minutes before veteran attacker Eric Gawu powerfully cemented the win for the home side.

Edubiase had played hard ball and denied Dreams on a number of occasions on getting the opening.

But the second-half travelled just ten minutes before the opening arrived. In what could be considered as an accidental kick, former Black Stars regular Philemon McCarthy was attempting to denying Edubiase a goal chance but the tables turned in his favour as he found the back of the net to become the first goalkeeper to score in this season's league.

While Dreams were piling late pressure to secure the points, veteran striker climbed off the bench to beat his marker to score his second goal of the season.