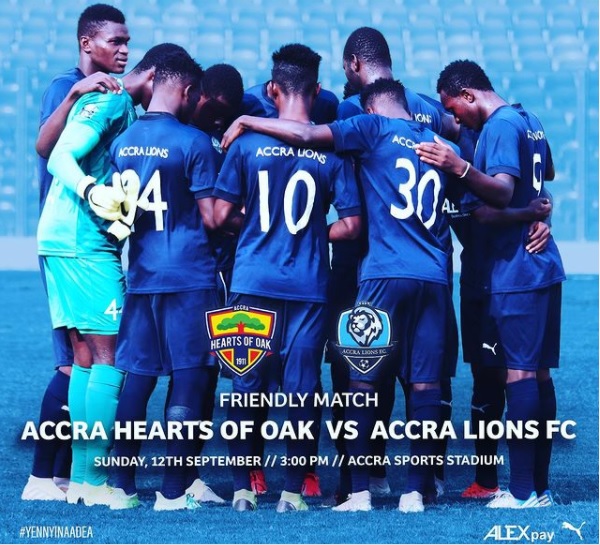 Accra Lions to play Hearts of Oak in a friendly this Sunday.

The match which will be played at Accra Sports Stadium will test the Phobians' readiness for their upcoming CAF Champions League qualifier against Guinean side  CI Kamsar next Sunday at the same venue in a one-leg contest.

A club statement read: ''We have the pleasure to confirm that Accra Hearts of Oak granted us a friendly encounter on coming Sunday, 3pm at Accra Sports Stadium. Don’t miss the clash between the Champions of Ghana and the one and only Division One League (Zone 3) Champions!.''

Accra Lions FC made historic two months ago when they qualified to the Ghana top-flight from Zone I in the Division One League.

The club have announced nine new signings which includes 18-year-old Nigerian striker Evans Eenee ahead of their debut campaign.