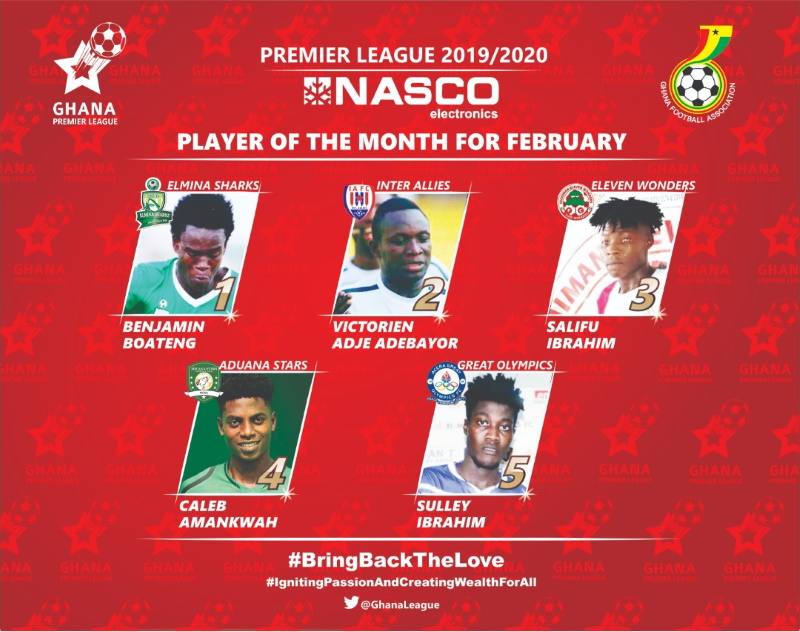 The Ghana Football Association have announced nominees for the NASCO Premier League Player of the month for February.

Five players have been shortlisted for the prestigious prize.

They are Inter Allies FC forward and skipper Victorien Adje Adebayor, Benjamin Bernard Boateng, Salifu Ibrahim, Caleb Amankwah and Sulley Ibrahim are the players up for the monthly prize.

The players have been shortlisted from their involvement in the five matches played during this period, man-of-the-match awards, goals scored, assists and clean sheets where applicable.

Man of the matches won: 2