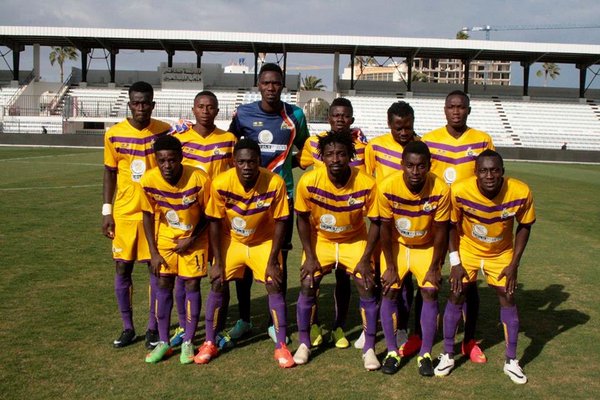 Medeama SC host newbies Dreams FC at the T&A Park knowing a win can catapult them into the Top 4.

The Yellow and Mauves will use the match to prepare for their CAF Confederation Cup assignment at Young Africans in a week’s time.

They are with the national U20 team in Senegal for Saturday's AYC qualifier.

Daniel Agyei is expected to keep his place as number one goalkeeper for the Yellow and Mauves after keeping cleaning sheet on his debut last Wednesday against WAFA SC.

Philemon McCarthy became the first goalkeeper to score in the league this season.

He scored a stunner against New Edubiase United last week and could retain his position as the first choice on Sunday.

Hardworking midfielder Emmanuel Hayford has been ruled out of the trip to Tarkwa to take on Medeama SC.

All other players are fully fit to face the Yellow and Mauves.

New signing Theophilous Annorbaah is expected to make his debut for the debutants against his former club.

*Medeama SC have lost only one of their last eight matches in the premier league.

*Medeama SC have been beaten just once in their last twenty seven premier league home matches.

*Dreams FC have recorded three wins in their eight premiership matches on the road.

*Their first major meeting in the premier league ended 2-2 at the Dawu park.

*The Yellow and Mauves have kept five clean sheets as hosts in the league this season after eight games.

*Dreams FC have managed to keep two clean sheets in the premier league as guests after eight matches.