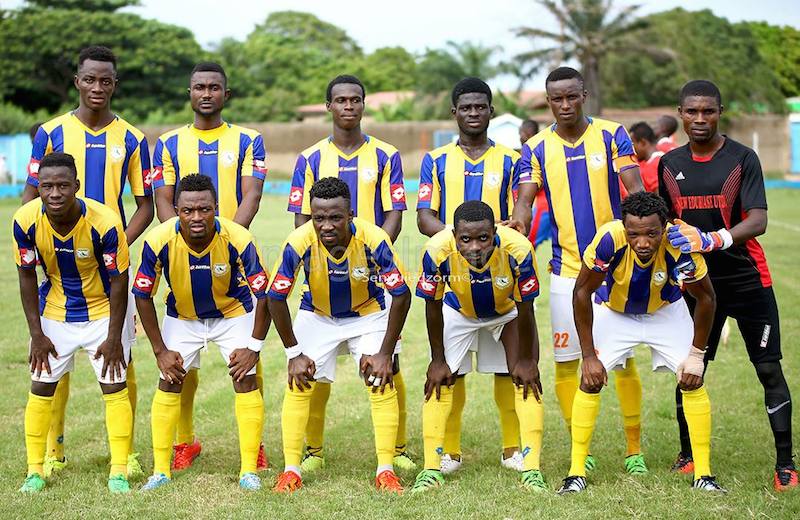 New Edubiase United continue their fight for survival when they face West African Football Academy at the Bekwai Gyamfi's Park this Saturday.

The bottom placed side are six points away from safety.

A victory against the Academy boys will give the Movers a bit of hope in their relegation avoidance quest.

They approach the crucial match without experienced and versatile James Boadu.

He got injured against Berekum Chelsea weeks ago and has not recovered since.

Coach Anthony Commey has rest of his squad fully fit with the return of Prince Owusu Agyemang.

He is yet to feature in the second round of the league.

West African Football Academy romped past Hearts of Oak last week with a 3-0 win to end the Phobians away unbeaten record this season.

They are in search of their first away win of the season as well.

Midfield dynamo Majeed Ashimeru is expected to play for second time in a row since returning from five months injury spell.

He came on as a substitute in their 3-0 victory over Hearts of Oak.

Akakpo Patron and his lads could move to fourth place with a win against New Edubiase United on Saturday.

They are positioned seventh on the league log with 33 points.

*WAFA SC have lost three of their last seven matches in the premiership. (W3 D1 L3)

*WAFA SC are winless in their last sixteen away fixtures in the premier league. (W0 D3 L13)

*New Edubiase United are unbeaten in their last two matches against WAFA SC in the premiership. (W1 D1 L0)

*This is West African Football Academy's second visit to New Edubiase United in the premiership. They lost 2-0 in their maiden visit.

*New Edubiase United have kept just four clean sheets at home in the premier league this term after eleven games.

*WAFA SC have kept only one clean sheet in their last nineteen away matches in the premier league.