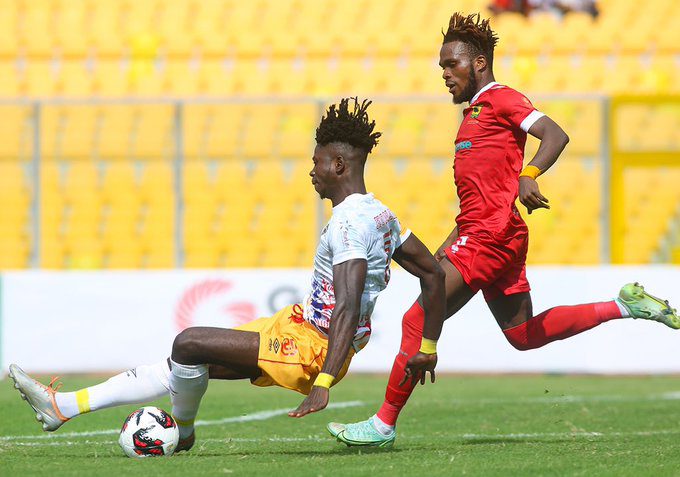 The Ghana Premier League will remain suspended for at least one more week after the High Court adjourned a case brought before it by AshantiGold against the Ghana Football Association.

This is the second time the case has been adjourned and will come as unpleasant news for the GFA and Premier League clubs hoping to resume playing.

The court on Thursday, October 20, 2022, fixed October 25 as the day to hear the merits of the injunction application being sought by Ashantigold.

Ashantigold are contesting their demotion from the Ghana Premier League for their alleged involvement in match-fixing and match manipulation two seasons ago. They were demoted by the GFA Disciplinary Committee and upheld by the Appeals Committee.

To fight the demotion, Ashgold have skipped the Court of Arbitration which is normally the channel to seek redress in the football space to and headed to the traditional courts.

On October 20, 2022, the plaintiff, Ashantigold Football Club through their Lawyer, Edward Sam Crabbe, moved a motion on notice for leave to file a supplementary Affidavit in support of their interlocutory injunction on the Betpawa Premier League.

The lawyer for the Ghana Football Association who is the defendant, Naa Odofoley Nortey did not oppose the motion.

The Court presided over by Barbara Tetteh-Charway subsequently granted Ashantigold’s application for leave to file a Supplementary Affidavit by the close of Thursday, October 20, 2022.

The interlocutory injunction will now be heard on October 25 to determine when the suspended Ghana Premier League can resume.