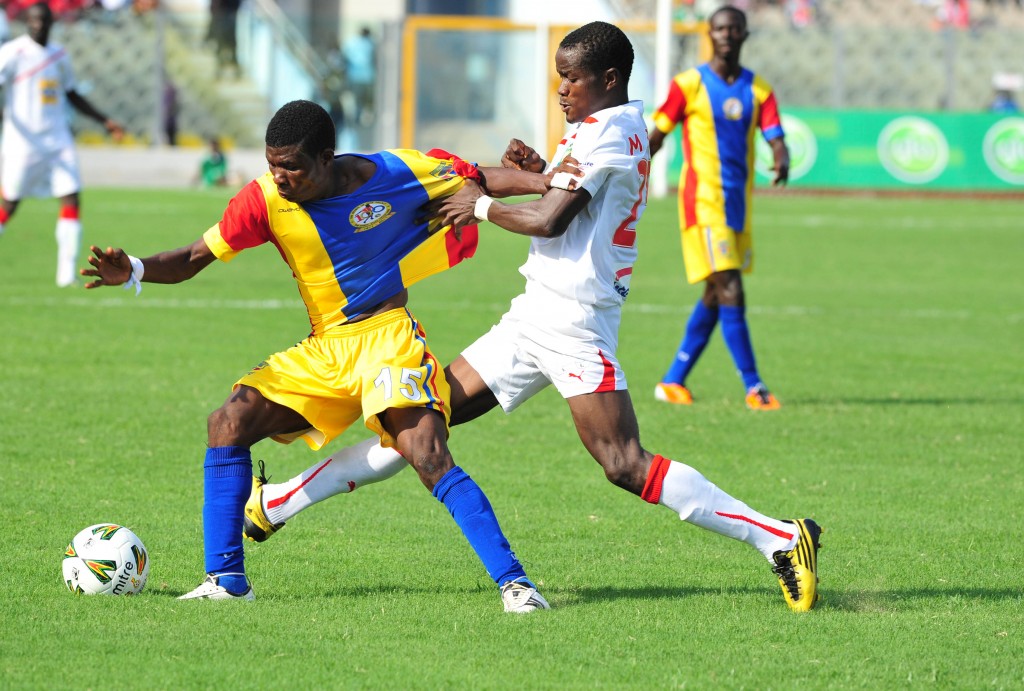 Can Hearts of Oak's new acquisitions make an immediate impact at Kpando and will Kotoko be able to maintain the distance between them and an ambitious Berekum Chelsea side which is eying a historic back-to-back title?

The Glo Premier League resumes this weekend after a month break to allow for the continent's grand football feast.

So how are the clubs shaping up during the month sabbatical break? Who have they signed and what's the injury situation? Which players are you to watch in the second round?

On paper Hearts of Oak look the most improved side during the break. The former African champions were able to finalise the transfer of Liberty Professional hit-man James Abban before the transfer deadline.

The 21-year-old striker has netted six times at the Carl Reindorf Park including a brace each against his new employers and Ebusua Dwarfs.

Former Ghana Under-17 defender Mohammed Tetteh Nortey has also returned to the club. But he is not the only player looking to relaunch his career on the local scene.

The set-piece expert believes the new recruitment in camp is all set to topple Kotoko at the summit of the league table.

"Most of the new players are doing well at training and in the friendly games so there is a new sense of positive believe around us," he said in an exclusive interview.

"The old players are feeling the heat because the young once are doing well. So I think the team has what it takes to carry the league for Hearts of Oak."

During his absence, assistant Tanko Shaibu managed win in all preparatory friendly games.

But while Vucecevic was resting in his native Serbia, Asante Kotoko's Maxwell Konadu was tapping from the technical know-how of Sunderland manager Martin O'Neil.

The soft-spoken Ex Ghana international was among the Black Cats's technical posse that engineered a 2-1 victory over Middlesbrough in the FA Cup.

Konadu will breath a new air of freshness into the Kotoko team as the league resumes on February 19.

The 'Porcupine Warriors have lost two key players to European clubs during the January transfer window.

No big name signing was made by the 21-time league champions except the capture of former Liberty Professionals captain Michael Helegbe.

But issues with his registration are still outstanding. Ivorian goal poacher Ahmed Simba Toure lost his scoring boot before the league went on the break. To complicate matters, the 24-year-old is yet to return to the country after leaving Kumasi without permission in January.

The striker's January salary has been withheld and further sanctions are expected when he arrives in Kumasi.

Konadu believes Nathaniel Asamoah's departure to Red Star and Toure's poor form will not have negative effects on his side campaign.

"We cannot find another Nathaniel Asamoah because he is player with his own qualities. But we have other players with great qualities who can do what we expect of them," he told a local radio station.

The club secured a partnership deal with English Premiership side Sunderland last year and this new change is expected to be translated into glittering performances on the pitch in the second round.

Michael Anaba, Kofi Nti Boakye and Nafiu Iddrisu are expected to shine against Medeama at the Sekondi Sports Stadium.

Berekum Chelsea's ambition to assemble the finest local talents in their camp look well on course.

Mercurial midfielder Charles Taylor is yet to start training after going under the knife in November.

Dutch trainer Hans van der Plyum has transformed the side after taking over from Englishman Â Steve Pollack who was sacked in the last day of October.

The champions will not be involved in action on the resumption of the league as they make a trip to Monrovia to face LISCR FC in the preliminary stages of the Caf Champions League.

Their clash with Mighty Jets rescheduled.

Strugglers Berekum Arsenal, Wassaman, Bechem United and under-performing AshGold must all improve in the second round if they want to retain their status as a Premier League side.

AshGold in particular have brought on board Ben Acheampong to steer affair at the bench. There are 14 new signings at Bechem United.

Released Hearts of Oak midfielder Theophilus Apoh has joined them. .