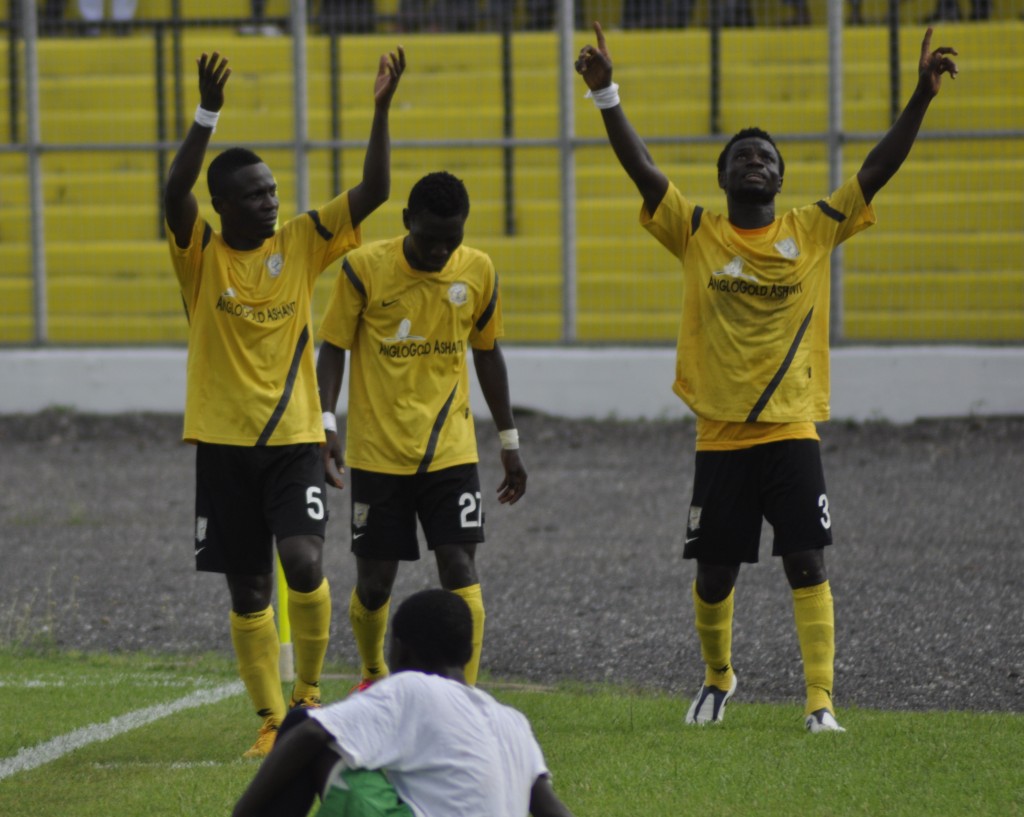 Asante Kotoko climbed top of the premier league after the heartbreaking 1-0 derby win over Hearts of Oak in Accra whiles Amidaus Professional put up a spirited performance against Berekum Chelsea to secure all three points at home.

Aduana Stars kick-started their season with a hard fought 2-1 victory over Inter Allies as Ashanti Gold brushed aside Liberty at the Len Clay.

Dwarfs only managed a draw at home against Hasaacas as the latter still cpntinue to search for a win in their premier league return.

Asante Kotoko receive three selections in my Team of the Week after the Super Clash but players from Aduana, All Stars and Bechem United also made the cut.

Take a look at my team of the week and see if you agree with my selections.

Still one of the best goalkeepers in the country. His saves from Gabriel DarkoÂ  and Gilbert Fiamenyo in the win over Hearts of Oak were superb; his acrobatic stop to deny Winful Cobbina late on in the game was even better.

Kotoko collected three massive points at Hearts and are looking more and more like Premier League title contenders because of the former BA United goalkeeper's return to form.

Got everything (timing, calculations, positioning etc) precisely correct on the day. Wherever Soulama Abdoulaye is, he knows what to do at the training grounds.

Wa All Stars' 2-0 win against Edubiase marked their third clean sheet in 20 league games and in an excellent performance from All Stars back five, Hafiz Adams stood out.

Quick, defends well and not afraid to get forward in search of goals. I dont remember the last time a full back run past other defenders to set up two goals in a game.

When he was brought down in the penalty box in one of those runs, Samuel Boateng did justice to the spot kick. Too many full-backs are frightened to have a go in the first place. Not Hafiz.

Hasn't had a bad day before, has he? It was a header from Akouko that created the opener for Aduana in the gritty 2-1 win over a resilient Inter Allies.

However, it was the central defender's last-ditch tackle on Ibrahim Darry on the stroke of full-time that impressed me the most - and provided Aduana with the valuable three points againstÂ  the newly promoted side.

Akouko is always at the heart of the action for the Ogya Boys.

Last week it was Owusu Sefa who got the plaudits, this week it is the turn of his Len Clay team-mate Joshua.

The Miners needed to refresh their season after a disappointing goalless draw with Lions at Kpandu.

They did win but thanks to the former All Stars defender, Liberty Professionals had no way back into the game. As strong as a pillar in defence, Tijani ensured that his former teammate and Ashgold goalkeeper Robert Dabuo could go to sleep.

King Faisal struggled at home against Lions at the Baba Yara stadium, and they could have gnashed their teeth at the loss of all three points had Kwakye not stabilised their defence.

It wasnt an impressive performance by the home side, but the enterprising defender stood out. Kept out Kwadwo Poku and Aminu Mohammed at bay on the day.

Man of the match performance.

If ever there was a footballer who epitomises what Amidaus fans want from their players then Lartey is it.

On Saturday they watched this little midfielder run and chase every ball. He refused to be intimidated by Chelsea's star-studded line-up.

An inspirational performance against the former champions. Lartey seemed to be at the heart of Amidaus'every move.

He literally ran the show and set up both goals in the second half for Daniel Awuni and Daniel Gozah.

Kotoko have made their best start to a season in five years and Akuffo seems to have made a massive difference to the confidence of the side.

Appearing in my team of the week for the second time this season. The game seems so easy for the dimunitive Asante Kotoko heartbeat.

He took control of the game in the first half and provided the pass that Yahaya Mohammed flicked for Seidu Bancey to grab the winner.

To have such confindence and composure and control the biggest match of the year is not a job for footbakllers of his size, but he excelled. A touch of class.

This name is unseen, unknown, unheard of. But Bechem United's vintage performance to earn a vital point at Tarkwa rested on Martey's work ethics in the match.

Noah must be still scratching his head and asking himself how on earth the new boys did not get all three points at the TNA Park.

No wonder he was named man of the match by the technical team at the center.

The former BA Stars midfielder's impressive performance were enough for manager Miroslav Bogdanovic to make a bee-line for his player after the match and congratulate him.

Hearts of Oak lost against Kotoko but this was one of the best Hearts of Oak performances under David Duncan and the manager needs look no further than the nimble footed Winful Cobbina for that.

He was the outstanding player in a great second-half team performance. It was a display that deserved a goal.

In Cobbina, am sure Hearts of Oak has a player they can look up to to pick in subsequent matches.

The 'Livewire' his coach calls him.

We all know that darkwa has a sweet left foot but I can't remember seeing the Aduana winger hit a better right-foot strike than his one against Inter Allies.

It flew across the visitors goalkeeper and hit the net. Darkwa worked incredibly last week against Kotoko getting a goal himself but without any reward for his team.

If there is any advice I would give to the hierarchy of Aduana on this boy, I suggest they wrap the him up in cotton wool.

Any player who scores the winner in the biggest derby on the continent deserves some recognition in my team of the week.

Of course, if you're in the sort of form Seidu Bancey is in and producing the goods for a Kotoko line up that is so bereft of quality strikers it's scary, then it's a must.

The problem Didi Dramani has is that if he doesn't buy a striker in the transfer window and something happens to Bancey, Kotoko will be in deep trouble - and he would only have himself to blame.

This player continue to silence his critics, many of whom keep eating the humble pie for weeks now. 6 goals in last 7 matches is no fluke.

His one-time strike against Hearts of Oak from 25 yards was described by Match of the day commentator Kwabena Yeboah as a "Lovesome screamer".

Coach of the Week- Didi Dramani