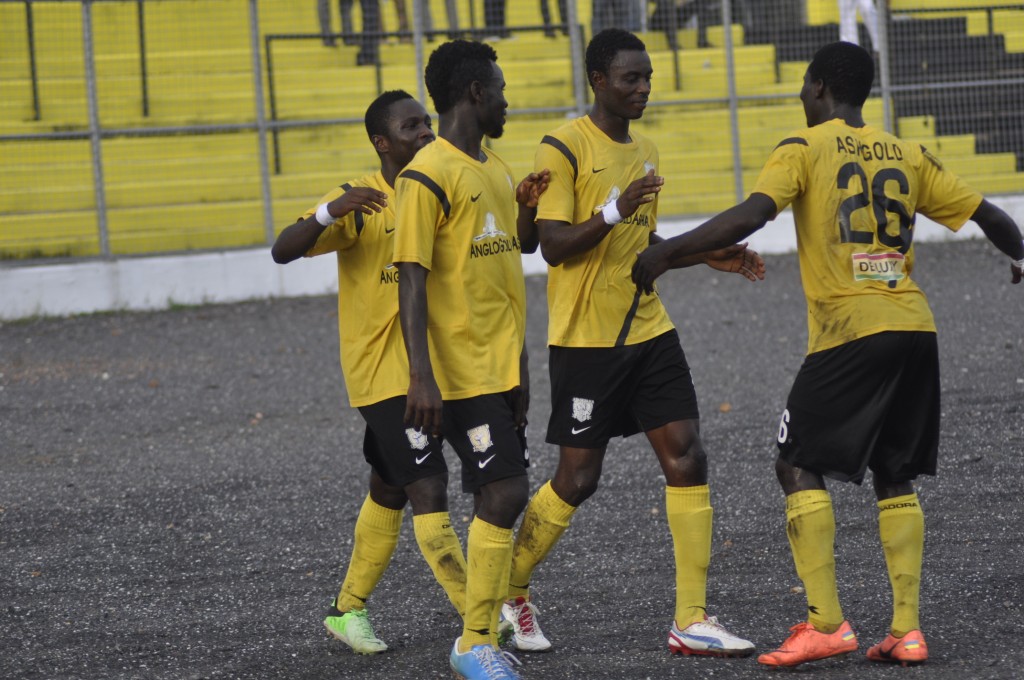 Asante Kotoko remained top of the Ghana Premier League despite their 2-0 loss to Heart of Lions at Kpando.

Title rivals Hearts of Oak also suffered a painful 1-0 defeat at the hands of AshantiGold who are still unbeaten after nine matches.

Meanwhile Dwarfs collected maximum points on the road at Tema against Amidaus to move up on the log whiles Medeama, King Faisal and Berekum Chelsea all took valuable points at home.

GHANAsoccernet's SADDICK ADAMS selects the individual performers of the Ninth Team of the Week.

In a week where Libertyâ€™s Yaw Berko or Dwarfsâ€™Patrick Antwi might have made my TOTW, I decided to go for Robert Dabuo.

Hearts of Oak should have had a hatful of goals and, if it were not for Robert Dabuo, he could have.

The former Wa All Stars glovesman made a string of saves to deny the top liner at the Len Clay.

To be fair, this guy deserves plaudits for his contribution to the resurgence Ashgold side who have kept six clean sheets in nine.

Donâ€™t forget he stood between the best attack in the league this season and a goal.

This was one of the most professional performances I've seen from the King Faisal side for years and this chap stood out with high marks in his defensive duties.

For this lad to come into this match having not had the best of Premier League experience and to make Aduana's striker Nurudeen Ali's contribution practically negligible in Sunday's 1-0 win is a testimony to the player and his manager.

Tetteh Nortey was played out of position but Baffour's work rate made the formerâ€™s fortes less visible.

This 24-year-old is coming on in leaps and bounds. I remember him atÂ  Wa All Stars when Liberty Professionals wereÂ  sniffing around.

It would appear that Liberty's loss was Hasaacas's gain. Gaisie makes my TOTW for the first time this season.

He, together with the Hasmal back four kept a high line throughout the game. Gaisie was solely responsible for keeping the Tophic Ayinla led attack of Bechem United at bay all day.

Before this fixture, Amidaus had not lost a match at home and had scored in all. It had to take a really spirited and composed defence to reverse that trend.

It could not have been easy trying to keep forwards Daniel Awuni, Daniel Gozah and Abdul Tahiru at bay during the course of an afternoon, but he managed it.

You cannot underestimate the impact experience on a professional footballer - both physically and psychologically.

This player is appearing in my TOTW for the second time this season which means his first wasn't a fluke. I saw this player cut Amidaus to shreds two weeks ago but this time, his former employers Asante Kotoko were on the receiving end of his defence splitting passes and complete show of composure.

I interviewed a young Conney during the Second Cycle Inter Schools Soccer Championship 2006.

He was keen to tell me then how he desperately wanted to play in the top flight. I was equally keen to tell him that he supremely talented to do so but he should make his choices well.

I made choice to him of a club that would suit his style of play and I didn't mean Lions. However, there is no doubt he's looking good in the Lions kit.

There was no bigger platform to showcase his talents than the match against Kotoko and he did just that.

He was a menace all afternoon against Kotoko, who failed to come to terms with the former Tema Youth midfielder's infectious appetite for the game

He is a player that has never really captured my imagination until he latched on to that ball from David Kodie, weaved through a forest of legs to score that lone goal against Dwarfs twoweeks ago.

His movement, vision and not to mention his passes were so sensational in the win against Edubiase.

This was the architect of the Medeama victory over All Stars at the T&A Park. Provided the assist with the curly corner kick that found Ishamel Hammond to nod home the winner.

He was the livewire of the side who have been so low with confidence this season.

Tony Lokko spoke with glowing praise on in the post match interview about this player's performance for Chelsea in the 2-0 win against Inter Allies.

His first goal was so technically brilliant but his second was marvellous.

Berekum Chelsea's season looked to be taking a nose-dive and if anything good can happen to the Berekum side, it surely will be this lad.

What an asset Emmanuel Osei is proving to be for AshantiGold manager Bashiru Hayford.

In any other team this lad would be playing every week. Sadly for the 'Redman', he normally has to compete with a more experienced Mohammed Tanko who was out with suspension.

Osae also played the most mesmerising pass to Conney in the first half against Kotoko which the latter slotted home coolly for the second goal.

COACH OF THE WEEK (BASHIRU HAYFORD)