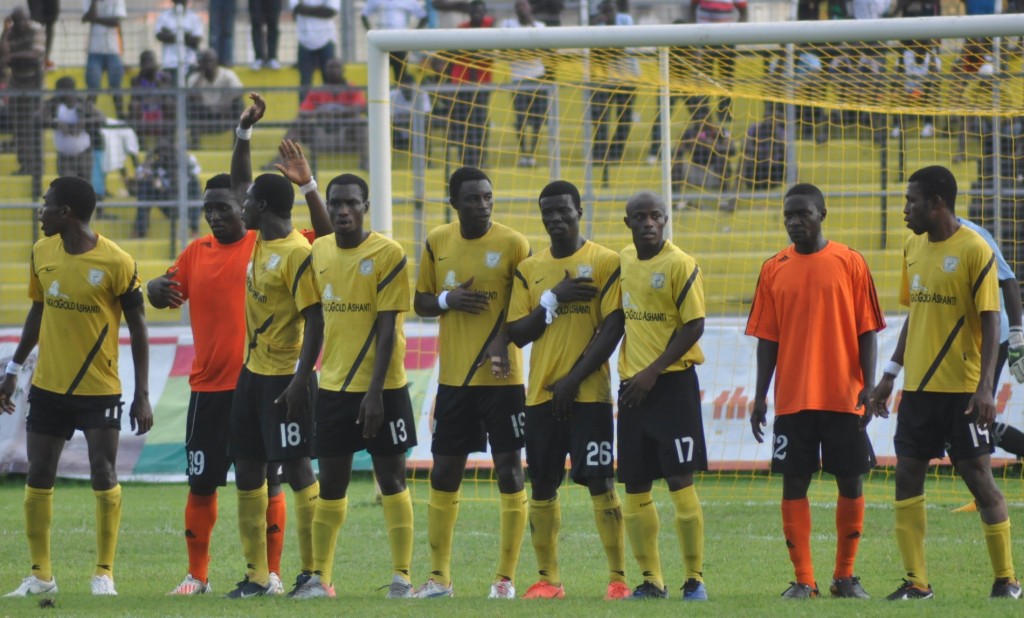 After a man-of-the-match display against Liberty in Accra, I was tempted to put Aduana's Stephen Adams in the post but as good as he was, four goals were put past him by Liberty.

Clean sheets are at a premium in football, and on that basis, I'm going for Ben Mensah who provided a solid performance away at Chelsea.

Mensah had all day stood between the home side and goal but the turning point in the game was when this Edubiase keeper kept his cool to save Landry Bosson's penalty in the 80th minute secured a point for his side.

You know your teamâ€™s in trouble when the opposing full-back ventures into your six-yard box five minutes into the start of the match.

The Bechem full-back was the instigator of the majority of their attacks down the right-hand side. In defence he showed a coolness and a calm certainty that was crucial in the game's dying moments.

Few, including me at the Fosu Gyeabour Park noticed Cole's sprint down into the Kotoko goal area to cooly nod home an Augustine Okrah corner that also proved to be the winner.

I would like to know precisely what coach Bashiru Hayford is serving his players at Ashgold? They have the best defensive record in the Premier League and Sefa is one of the reasons why.

At no stage was the left-back overrun by Dwarfs' frontline in the 3-1 win at the Len Clay.

He even had the guts to set up Emmanuel Asante for the second goal with a delightful through ball.

The big Ivorian has caught my eye on a number of occasions but, for various reasons, never made it into my team of the week.

Against Lions, not only did he keep the attackers at bay but kept his side going when panic was beginning to set in during a spirited comeback by the home side.

He can cover the ground, puts his foot in and likes to get in the opposition box. Am starting to believe why Coach Duncan thinks this lad is the best in his position in the country.

It has been tough at times for Lions this season but one of their successes has been the consistency of the newly installed skipper Badu. The former Krofrom FC defender needed to be on top of his game to subdue Hearts' Gilbert Fiamenyor who was eventually hauled off in the 75th minute.. A man of the match performance.

This lad has worked his socks off to establish himself at Bechem. At last many have woken up and seen what the rest of us have been talking about for the better part of the season.

Box-to-box, great touch, lovely vision and the mastermind of another wonderful Bechem performance.

Not even the big name Kotoko midfield could intimidate the former BA Stars man who run the show from start to finish.

Like an orchestra, Martey ensured the game was played to his tune.

It's been a long time coming but the 'Asokwa Zambrotta' as he is affectionately called, once again looks something like the player we knew when he first burst onto the scene at Liberty.

Full of inventiveness and ingenuity. The movement for his goal against Faisal was brilliant. His general play and creativity was responsible for the point earned at the Baba Yara.

If anyone was going to get Hasaacas into winning ways, it was going to be Richard Yamoah. He has been phenomenal for the side despite their poor form.

He scored a beautiful free kick against Edubiase already this season but the one against Inter Allies in the bottom of the table clash, under the circumstances, was probably the best. Thats how come the home fans stood up to applaud that brilliance.

You have to ask yourself how Kotoko boss Didi Dramani caused Augustine Okrah to walk away from a club under his management, disgusted by the way he has treated.

The silky winger with a sweet left foot is playing the best football of his career and ripped his former employers to shreds in a display of imperious link-up play and unselfish football.

At last Iâ€™ve found a place in my team for a player who is having a superb season with the Tema-based side. Who has been counting the goals this lad has scored so far?

Was whisked off in the second half with an injury but Gozah had already done the damage in the first.

This lad has been working thoroughly for years to get this opportunity. Cut his teeth at Deportivo in Kumasi but it took Bashiru Hayford to finally identify Osei's immense talent.

He could have had a hat-trick yet Dwarfs did not heed the warnings.

For this young chap to elect himself up and turn a game around in Ashgold's favour with two brilliantly taken goals and then go on to win a penalty for the third is awesome. Surely deserves a place here.