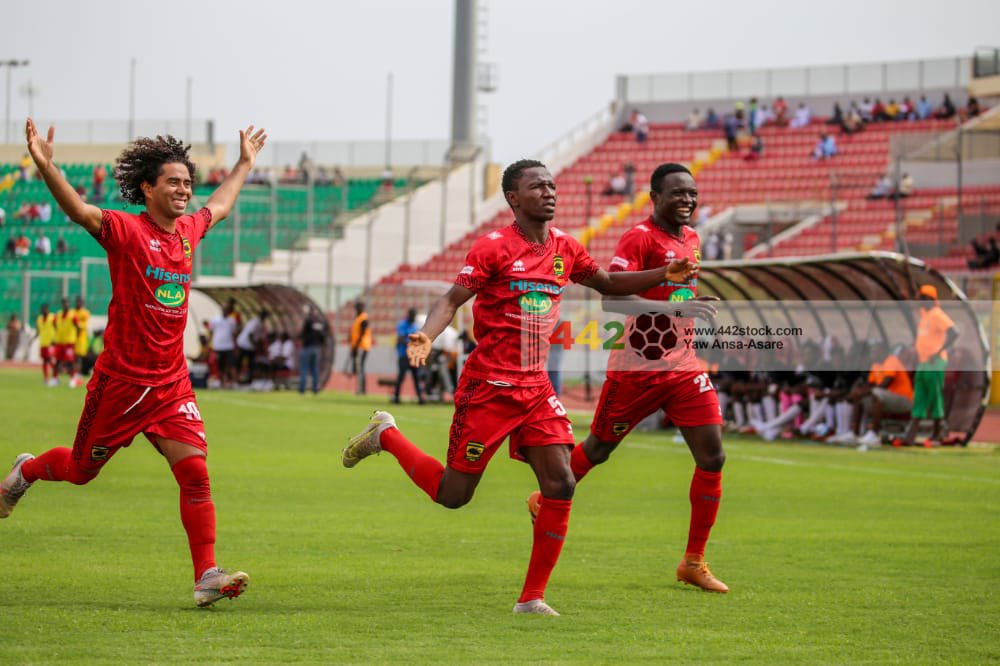 Aduana Stars head coach Ben Zola has given up the chase for the league title and congratulated Asante Kotoko.

The Dormaa-based team held league leaders Asante Kotoko to a 1-1 draw at the Baba Yara Sports Stadium on match week 28.

The result meant Aduana Stars are 14-points behind  Asante Kotoko on the league table with five games to end the season.

Coach Ben Zola has switched focus to entering into the top four at the end of the season.

"As for me, I can confidently say it is a done deal for Kotoko; it is firmly in their hands.", he told Times Sports.

"It looks impossible for any club trying to catch up with Kotoko. That is not to say they have been excellent but they have done well enough to garner the points. Secondly; those doing the chasing have not been consistent enough with the results."

"I know a lot of people will disagree with me but that appears the truth. It is true football can be dramatic sometimes but Kotoko are not losing games. In their difficult moment, they manage to escape with at least a point."

He added, "Usually, it is the defending champions, Hearts of Oak that are able to mount a sustained challenge but they have not been consistent this season and even look like a side that have given up on second place.

"Bechem have also been impressive so far so there will be a tough race for top four but the top of the table is sorted."

Aduana Stars travel to the capital to face Accra Lions on match week 30.