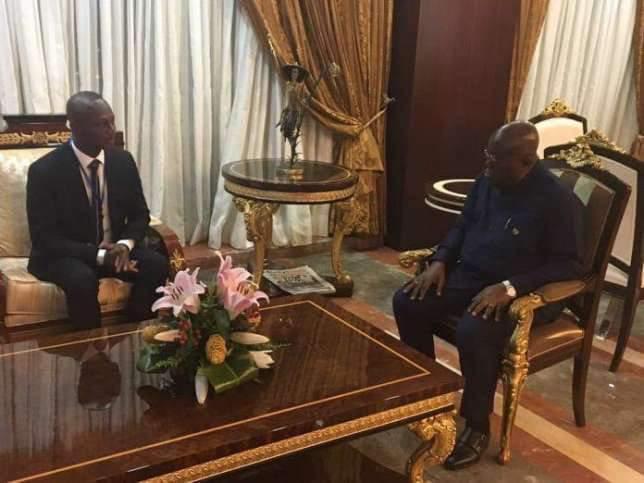 Appiah arrived at the Flagstaff Staff House, seat of government, alone on Tuesday afternoon and has been holding a closed-door meeting with the Ghanaian leader.

Details remain sketchy but GHANAsoccernet.com sources say the discussion will centre on the coach's long-term future with the national team following the country's calamitous campaign in Egypt.

With four months left on his contract with the Black Stars, Appiah has been reluctant to leave the post insisting he wants to stay until the end of the deal in December.

That is because he will get a massive payoff if he is sacked before his contract expires.

However in the face of intense public condemnation the Sports Ministry and the toothless Ghana FA have been unable to take a firm decision with the 2021 AFCON qualifiers set to start in two months time.

Sports ministry officials and politically-appointed FA are keen on sacking Appiah on amicable terms but are afraid of the political reaction from above as Appiah has a close relationship with the President Akufo Addo.

The former international defender's future is in the balance with many in the ruling party NPP who had backed him in the past, calling for his sacking.

Despite retaining some support of some key members of the party, the intense negative commentary over the role of the coach in the country's outing in Egypt looks to have forced the country's President to call him.

If President Akufo Addo agrees with the Ministry and the GFA that the coach should be allowed to go, Appiah could be told to resign honourably or face the disgrace of being sacked humiliatingly.

If he retain the President's trust to continue in the job, he would be given some stern warnings over some of the issues that resulted in the Black Stars worst outing at the AFCON since 2006.

The future of coach Appiah has come under scrutiny following the side's calamitous campaign in Egypt.

While the coach is determined to see out the remainder of his contract, calls for his dismissal has intensified.

It's been speculated in the local media that government is divided over the future of the soft-spoken gaffer due to his perceived close ties with the ruling government.

Ghana president Nana Akufo Addo will have a big say on the future of the coach even though for the first time since 2008, Ghana failed to make it to at least the semi-finals.