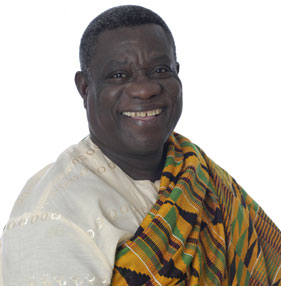 The Black Stars tackle Guinea in the final group D game at Franceville on Wednesday night with top spot key on the agenda.

Ghana's progressive run on at the continental showpiece since 2008 has made them one of the huge favourites to end a 30-year drought for an African crown.

They beat debutants Botswana and Mali in their opening two games and victory over the Sylli National will see them battle North African side Tunisia at the quarter-final stage.

President Mills who returned home from the Ethiopian capital of Addis Ababa on Tuesday after attending an AU summit says the remarkable performance of the Black Stars has madeÂ  them a toast among his peers.

"For some reason our colleague have some admiration for Ghana because of what weâ€™ve been able to achieve,'' President Mills told Joy Sports.

"You could sense that the brilliant performance of the Black Stars is one of the contributing factors.

"I believe that even though many of them will not admit it, sure theyâ€™ll all sneak out when the Black Stars were playing against Mali.

"I know and many of them know that the eventual winners are going to be the Black Stars.

''They're very much impressed with them and I want to use this occasion to wish them well and ask Ghanaians to pray for them."