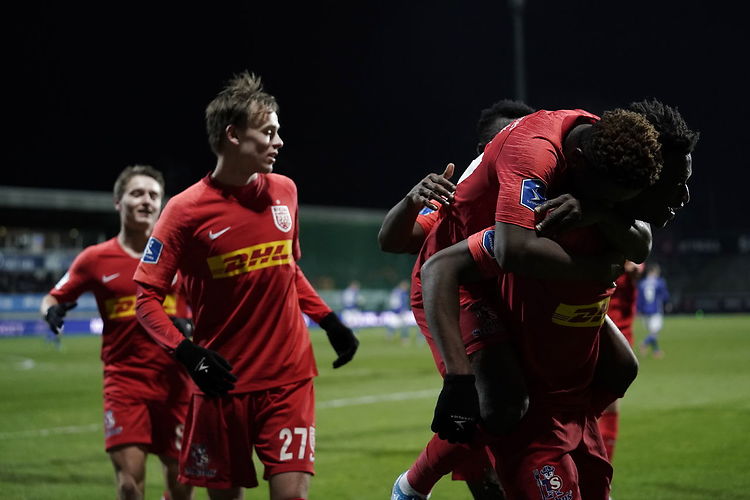 Ghana youth sensation Mohammed Kudus scored to help his Danish top-flight side Nordsjaelland to hold Lyngby to a 1-1 draw on Friday night.

Kudus, who is the latest player to light up Ghana’s national team the Black Stars, scored his seventh goal of the season as they were held in the game.

He was sent off late in the game for his second yellow card of the match that rules him out of Nordsjaelland’s next game but he demonstrated his immense talents.

The multi-talented player showed supreme maturity despite his young age when he dispatched a penalty with aplomb to put the visitors in the lead.

He placed the ball in the bottom corner in the 29th minute to give Lyngby goalkeeper no chance and take his season’s goals to seven even though he plays from midfield.

The visitors drew level in the Emil Nielsen in the 64th minute.

Thus he will not present when Nordsjaelland meets giants FC Copenhagen in the next match.