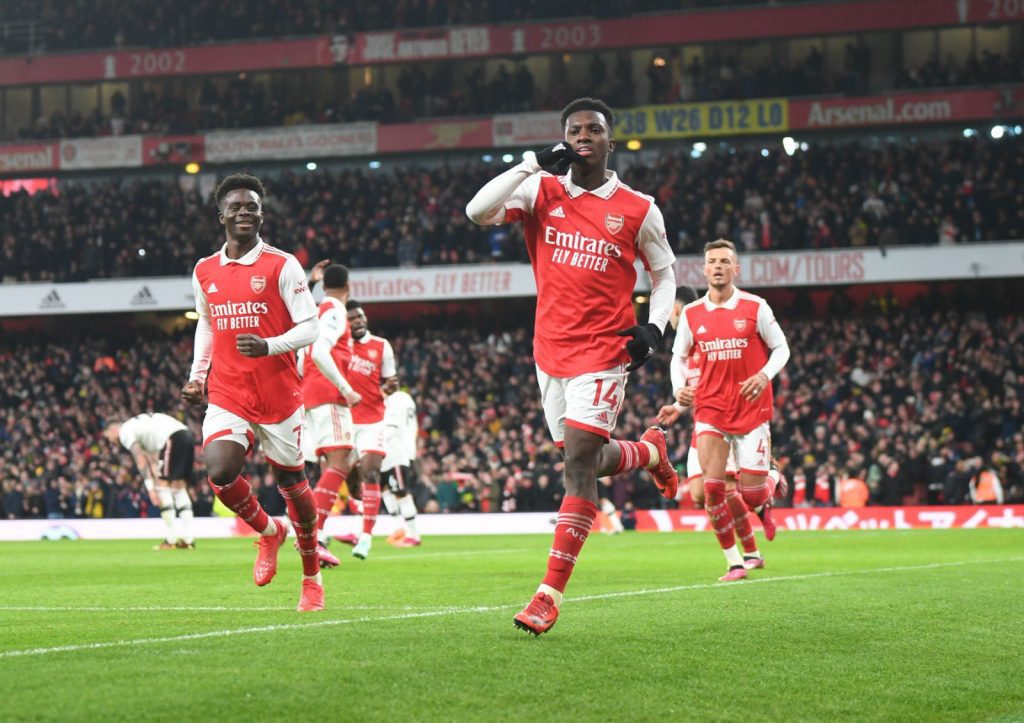 English-born Ghanaian forward, Eddie Nketiah has warned defenders in the English Premier League about his threat after netting a brace against Manchester United in Arsenal's 3-2 win.

The 23-year-old produced a heroic display as Arsenal defeated title challengers Manchester United in a five-goal thriller at the Emirates.

Nketiah took to social media to react to the win, stating defenders should be worried about his presence.

"Your defense is in trouble," he wrote in Twitter.

Meanwhile, the phrase is from a popular Arsenal chant which is about the Ghanaian forward.

Nketiah has been in scintillating form since the start of the year, and has now scored 19 goals across his last 26 starts for Arsenal in all competitions, including 13 in his last 13 starts at the Emirates Stadium.

The former England youth international has given Arsenal fans a reason to not worry about the absence of Gabriel Jesus, who has been injured since the World Cup.

Arsenal are chasing a first title since 2004.