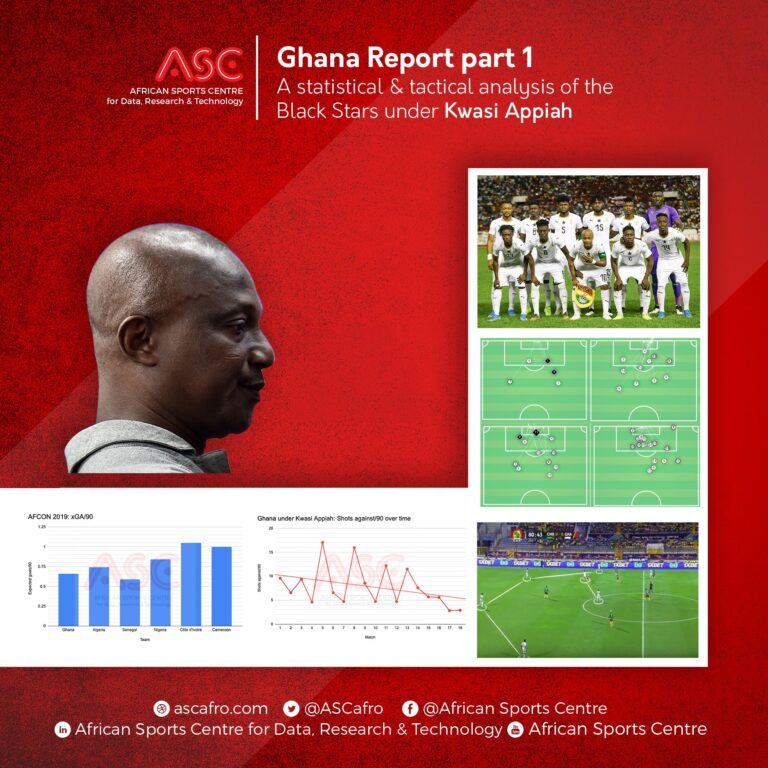 Managerial re-appointments are a rare phenomenon in football, only seeming to occur where a formerly successful coach is brought back in the hope of rekindling the passions of a former time.

Otherwise, they are symbolically difficult, their occurrence suggesting a return to an ultimately unsuccessful past when many stakeholders would prefer someone new, promising a different future. They also suggest a lack of viable options, or indeed an inability of decision-makers to see beyond personal relationships.

In April 2017, Kwasi Appiah was re-appointed as the Head Coach of the Ghana senior men’s national team, the Black Stars, less than three years after his first tenure ended following a difficult 2014 FIFA World Cup in Brazil.

In some respects, the re-appointment was unsurprising. Appiah was a trailblazer in Ghanaian football, having been the first Ghanaian Head Coach to oversee a successful World Cup qualification and manage the team at a World Cup. The difficulties the side encountered at that tournament were perhaps seen as being beyond the coach’s control, with the 59-year-old made the scapegoat by more senior figures in the shadows.

Unfortunately, Appiah’s second tenure proved to be unsuccessful. World Cup qualification was always likely to be difficult, as he inherited a team that was five points behind Egypt after just two matches. Nevertheless, in four World Cup qualifying matches under his leadership, the Black Stars managed just one victory, albeit a thumping one away against Congo-Brazzaville. For the first time since 2006, Ghana would not be competing at a World Cup.

As expected, the side qualified for the 2019 Africa Cup of Nations (AFCON). Securing a tournament place was made simpler by Sierra Leone’s ejection from the qualifying competition, placing Ghana in a group of three teams competing for two spots at the showpiece in Egypt. Be that as it may, qualification was not always plain sailing, with Kenya proving a disconcertingly difficult opponent.

The team’s difficulties against Kenya in qualifying proved portentous of their struggles at the tournament proper. Lacking a threat in attack, just one victory during normal time was achieved before the Black Stars were knocked out by Tunisia on penalties in the last 16.

Though Appiah remained in charge as Ghana commenced their qualification for AFCON 2021, the new board of the GFA opted not to renew his contract in December 2019, bringing an end to his second tenure. He ended his second spell having supervised 22 games, won 10, drawn 8 and lost 4.

This report aims to investigate the Black Stars’ performances during Appiah’s second tenure (2017-2019). In line with the focus of the African Sports Centre, it will make heavy use of data, research and technology in order to achieve this aim.

It will identify certain statistics and statistical trends, and combine those statistics with video analysis, in order to draw possible conclusions as to why Ghana failed to perform up to the standards of their peers.

This analysis will be divided into two broad areas: defence and attack.

*Limited data available for October 10, 2017 friendly vs Saudi Arabia and AFCON 2019 warm-up matches, so those games are (perhaps thankfully) not deeply considered in the study.

Expected goals, often abbreviated to “xG”, is a statistical measure of a team’s or player’s shot quality and/or chance of scoring a goal. It is also a useful indicator of chance creation and of overall effective attacking play.

Every shot attempted is given an Expected Goal Value (EGV), based on a number of variables such as distance from goal, the shot angle, the height of the ball when the player took the shot and the number of opponents between the ball and the goal. The EGV is based on historic shooting data.

The EGV of each shot can be added together to make an overall figure for xG for any period of time, for example a single match or an entire season. This is used as a representation of attacking output.

xG is the overall sum of the EGVs of shots Ghana had in a given match or tournament.

xGA is expected goals against. This is the overall sum of the EGVs of shots Ghana allowed in a given match or tournament.

Progressive passes, as defined by Wyscout, are forward passes that are 30m long when the pass starts in the team’s own half or at least 10m in length in the opponent’s half. They are considered a useful illustration of the attacking intent of the passer.

Recoveries occur when a player recovers the ball in a situation where neither team has possession or where the ball has been played directly to him by an opponent, thus securing possession for their team.

Recoveries/90 measures the number of recoveries Ghana made per 90 minutes of football.

Now let’s get to business! 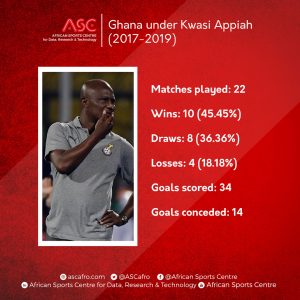