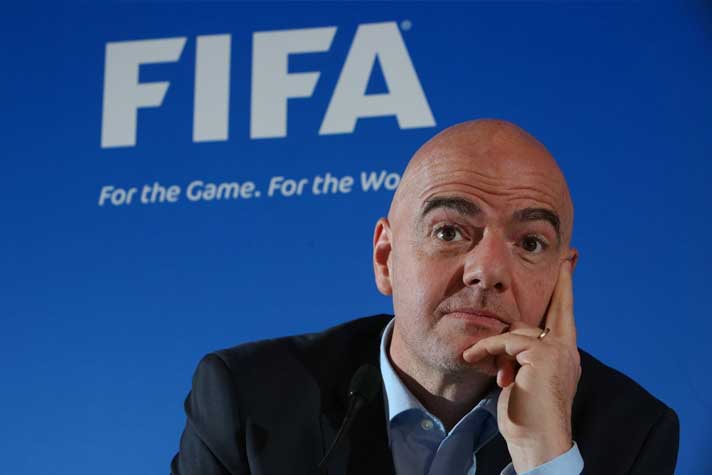 Ghana football is facing an international ban after a former FA Executive committee member reported the country to Fifa, claiming that the government is interfering in the administration of the sport.

Kojo Yankah, who doubles as Western region football chief, wrote to the world governing body on Wednesday over the Ministry of Youth and Sports' attempt to organise a special competition for local clubs.

It has been confirmed that Fifa has received the letter.

While refusing to give details on the content of the petition, the outspoken football administrator confirmed receiving acknowledgement  from the world governing body.

"They are destroying our football and we'll not sit down and allow that to happen," he told Kwadwo Mensah 'Moshosho' on Asempa FM's Ultimate Morning show Thursday.

"Where in the world does a ministry organise competition for clubs? I have written to FIFA and copied the FA. FIFA has acknowledged receipt of my letter.

"At the moment, I am waiting to the action of FIFA. We are destroying our game on the alter of normalising football. It's unconstitutional."

GHANAsoccernet.com predicted the move will be met with an opposition amid a potential FIFA ban over government interference.

The world governing body will view the latest development as direct government interference and may be forced to step in.

There is anger within the ranks of the Normalisation Committee as they  view the setting up of the committee as governmental interference in their work.

This shows that there is a big rift brewing between the Normalisation Committee and the Sports Ministry over who controls the game in the country but government is likely to win the tussle as it is providing the finance to get the tournament underway.

The contradictions by the stakeholders after Monday's meeting has muddied waters and thrown the competition into a ditch.

The latest decision is a massive slap on the competence of the four-member committee, who have been unable to reach an agreement with clubs over the competition.

Massive power play and ego-infested machination could be triggered and deepened, with the interim body unlikely to let it slide as its dent their competences for the top job.